Skip navigation
Retrieve a Quote My account
You are here:
28 May 2019

Criminals are one step ahead of keyless entry systems as research reveals most vehicles are stolen without the owner’s keys. 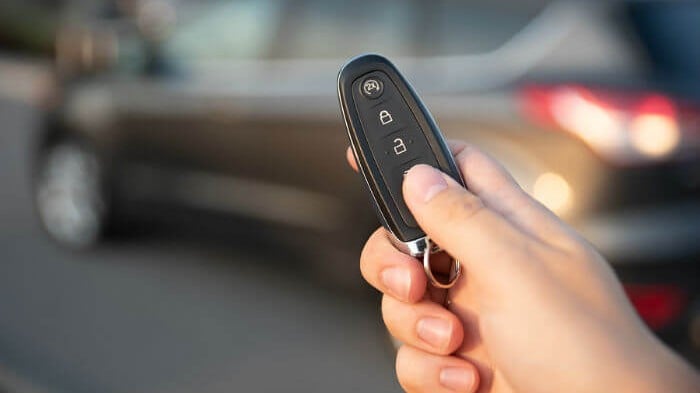 Vehicle theft is on the rise again in England and Wales. Since 2017, there has been an increase of 15%, that’s a whopping 40% over the last five years.

According to the vehicle recovery service, Tracker, the convenient keyless entry system is to blame for this.

Read more: The 10 most stolen cars in Britain

Research by Tracker has revealed that 80% of all vehicles stolen in 2017 were taken without the owner’s keys.

And in many cases, especially in London or the West Midlands, there is no suspect identified by the police.

Just one of the many methods of entry include a 'relay attack'. This means two criminals use an electronic signal relay device to intercept a key fob signal from within the victim's home. The transmitter sends the signal to the car, which unlocks the vehicle.

Clive Wain, police liaison at Tracker, says, “Cars are being stolen and driven off within seconds. It’s clear that people are unintentionally leaving themselves vulnerable to these kinds of attack, by putting their keys in easy reach of relay devices.”

Other methods include using a radio transmitter to capture the signal and gain entry.

Luckily there are some simple steps that you can take to avoid your signal being hacked.

The relay devices can receive signals through walls and windows but it’s completely blocked by metal. So simply putting your keys in a metal container can block attacks by criminals.

A microwave also offers the same advantage, but remember to take them out before you heat up your leftovers.

Another option is a metalised, signal-blocking pouch that blocks the signal on your phone. Some even come with a mobile phone pocket - a handy function to avoid distraction when driving.

"Vehicle security should be multi-layered and shouldn't just rely on the keyless security system."

Crook locks and wheel clamps are highly recommended. As well as a physical barrier, this type of security acts as a visible deterrent to thieves. These are particularly useful if you don’t have access to secure parking or a garage.

A Tracker system, although it won't stop the vehicle being stolen, tracks the vehicles movements so there's a better chance of it being recovered and returned.

It’s important to remain vigilant around your street too. Look out for anyone acting strangely on your street as they could be looking for an opportunity to steal a vehicle.