Imported car insurance: All you need to know

You might be importing your dream car, but ensuring that it’s road legal may feel complicated. As part of the process, you need specialist imported car insurance before you can start driving.

Let’s look at what you need to do to get your imported vehicle legal for UK roads.  As it can be difficult to find an affordable policy, we also explain how you can keep the cost of imported car insurance down. 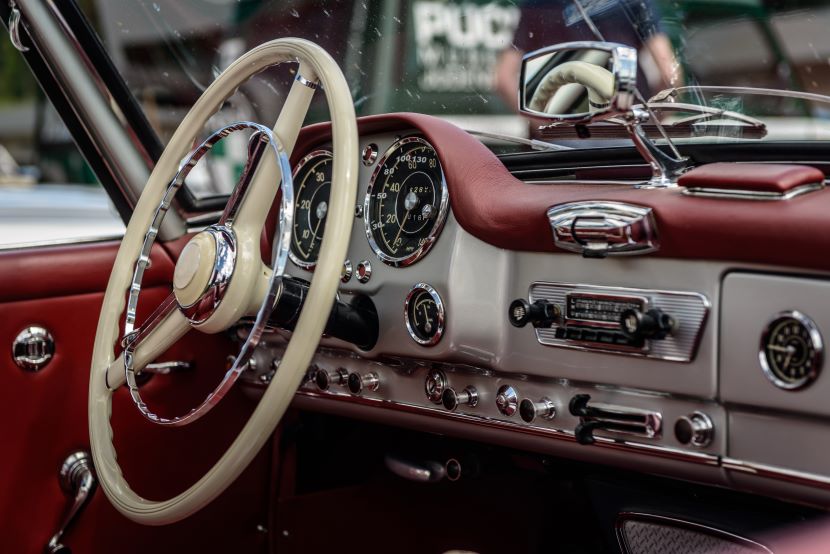 What is imported car insurance?

Imported car insurance is specifically designed for vehicles that aren't manufactured or sold in the UK. It's similar to standard car insurance with the same benefits and conditions often included.

The main difference is that insurers want to know more information about your imported car before giving you a quote. This is because there are a few specific factors with imported cars that don’t apply to most UK vehicles.

For example, unlike typical cars that depreciate, imported cars often increase in value over time. And unlike standard car insurance, some imported car insurance policies include cover for the replacement of original equipment manufacturer (OEM) parts.

This is all reflected in your costs when your car insurance is calculated.

If you're importing a car to the UK, don’t forget to follow the basic car security tips to help prevent car theft.The lower your risk of making a theft claim on your policy, the lower your insurance costs might be.

How do I get imported car insurance?

The process of getting insurance on an imported car is similar to how you’d normally insure a vehicle. But there are some specific key steps you should take first.

To be able to get insurance on a car that’s been imported, you need to make sure:

When you get a quote, you might be asked where your car has been imported from and whether it has UK specifications. You might also be asked for proof of your Individual Vehicle Approval (IVA) and the car's vehicle identification number (VIN).

What are the different types of imported car insurance?

There are 2 types of imported cars – a grey import and a parallel import.

A grey import is a car imported from outside the EU. These are most likely cars from the USA and Japan.

You can buy Japanese cars in the UK, such as Hondas and Toyotas. But these cars are manufactured in Europe.

Similarly, you can buy a Ford Mustang manufactured in the UK, so it’s not an import.

But if you import a left-hand-drive Mustang from The USA, that’s a grey import. These native models might have a higher spec than their European equivalent.

If you’re getting a grey import, you need to seek Individual Vehicle Approval. This could cost a couple of hundred pounds, at least.

A parallel import is a car that’s been imported from within the EU. These cars are made to the same minimum standards that the UK has.

Because of this, parallel imports should be easier to get car insurance than grey imports.

How easy is it to get Japanese imported car insurance?

Japanese imports are popular partly because of the value they offer.

The good news is that you shouldn’t find it harder to insure a Japanese import than any other car.

But while it should be straightforward to insure one of these vehicles, it’s likely to cost more than a more normal car insurance policy.

This is because they’re classed as grey imports and often come with higher specifications than cars built in the UK.

Insurers usually work on the basis that these cars are more likely to be involved in an accident, which could increase the cost of your car insurance.

How do I reduce the cost of imported car insurance?

There are a few things you can do to keep your insurance costs down.

First, have a look if there’s an owners’ club for the type of car you’re buying.

If there is, you might be able to get some help on which insurers are particularly favourable to your make and model of car.

There are also some companies that specialise in performance car insurance and imports.

There are also the usual tips on how to keep your car insurance costs down.

One of the most important tips is  to make sure you shop around and compare car insurance prices.

The cost varies widely even with ‘standard’ cars. When you have an imported car, the difference in quotes could be even bigger.

Other standard practices such as protecting your no-claims discount or increasing your voluntary excess should also help.

Can I get temporary imported car insurance?

Some insurers might avoid imported vehicles altogether, so one potential solution is to look for temporary car insurance.

There should be some insurers who offer this type of cover.

As with a more long-term insurance policy, expect to pay more for temporary insurance on an imported car than for cars manufactured in the UK.

Does an imported car need a vehicle identification number?

You need to get insurance before you can register a vehicle in the UK. But insurance companies require a registration number before they cover you. And you may not have one for your imported car yet.

A Vehicle Identification Number (VIN) is an ID number stamped onto the car’s chassis.

Some insurers offer VIN insurance (or chassis insurance), enabling you to get cover on a car that hasn’t yet arrived from overseas.

How do I import a car into the UK?

You must notify the tax office within 14 days of an imported car arriving in the UK. This might lead to a bill for duty or VAT.

You also have to get confirmation that the vehicle meets UK emissions and safety standards.

If it’s a parallel import (made within the EU), it should automatically meet the same standards in the UK. But if it’s a grey import, it might have been manufactured to a different standard.

You also need to register the car with the DVLA.

If you fail to complete these steps, you’re breaking the law.

Once you’re done, you can insure and tax your new car in the same way you would a ‘normal’ vehicle.