Skip navigation
Retrieve a Quote My account
You are here:
19 Oct 2020

The 10 most stolen cars in Britain 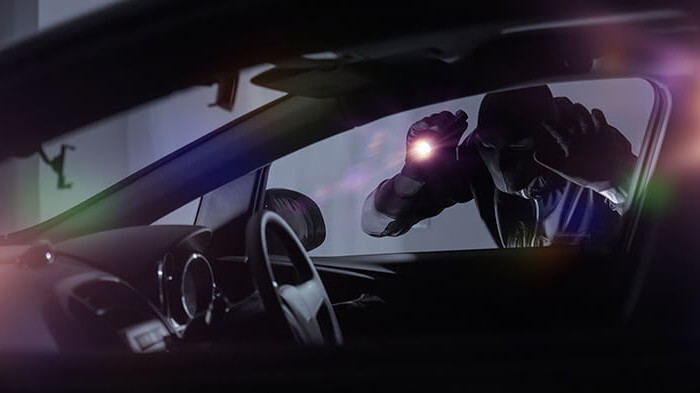 If you drive one of the cars on our list, you might want to look into extra security.

If you’re buying a new car, it’s worth checking whether it’s on the list of most stolen vehicles in the UK.

Figures from stolen vehicle recovery service, Tracker, reveal top-of-the-range vehicles such as Range Rover and BMW were favoured by thieves in 2019.

This is a worry for motorists. How can you protect your car against attacks on vehicle technology? We’re here to help.

The UK’s most stolen cars are:

The Range Rover Sport seems to have become popular with thieves. In 2018, it sat at 8th place.

In 2018, the BMW X5 sat at the top of the list. The Mercedes-Benz C-Class sat in second place.

The list is now dominated by Range Rover, BMW and Mercedes-Benz.

A whopping 92% of vehicles stolen and recovered by Tracker were taken without using the owner’s keys. That’s a rise of 26% in four years.

It’s thought that this could be down to thieves hacking cars with keyless entry functions.

This convenient system allows you to get into your vehicle and start it without having to get your keys out.

The fob itself permanently transmits a signal to the car. Using a relay device, criminals can hack this signal, open the car and drive away. Even when the fob is inside the house.

Usually, the premium vehicles are stolen to order by organised criminal groups and shipped off to Eastern Europe and North Africa.

But it’s not just high-end models, the Volkswagen Polo – valued at £575 – is also a frequent target for thieves.

Read more: Eight types of vehicle theft and how to prevent them

The pouch blocks the keyless signal when the fob is inside it.

When storing your keys, keep them out of sight. It’s not unusual for thieves to fish for them through a letterbox.

But a multi-layered approach to security is best, as Clive Wain, Head of Police Liaison for Tracker, says:

Alarms and immobilisers are usually fitted as standard for new vehicles. You can also give your car a distinct mark that can be used to identify it.

Though they can’t stop signals being intercepted, tracker systems can increase the chances of your car being recovered and returned to the police. Wain says:

“Thanks to our long-standing working relationship with all UK police forces, 54 suspected thieves were arrested in connection with the vehicles we recovered last year.

"In addition to the vehicles recovered by Tracker, 67 other non-Tracker fitted stolen vehicles were also found as a result.

“Vehicle-tracking technology will not only help police close the net on thieves but see a stolen vehicle returned to its rightful owner.”

Want to keep an eye on your vehicle in your garage or on your driveway? Check out our guide to home security cameras.