If you're unlucky enough to hit an animal on the road, or if you see one that's injured, follow these steps.

No one wants to hit an animal while driving. But it’s a sad fact that thousands of animals, from hedgehogs and cats to badgers and deer, are killed or injured each year on UK roads.

Deer, cats and dogs feature prominently. Not because they’re more likely to be hit by a vehicle, but because unlike foxes, hedgehogs or squirrels, they’re deemed worth reporting.

Given the quietness of UK roads since the pandemic arose, it’s fair to conclude that animals are more likely to venture into the path of traffic as restrictions ease.

With this in mind, what can you do to avoid a collision with a creature while driving or riding? And what you should do if you’re unfortunate enough to be involved in this type of accident?

What to do if you hit an animal with your car

The Road Traffic Act 1988 states that legally, you must report hitting the following animals to the police:

If you've hit an animal on the road, here's what to do:

How to avoid hitting an animal on the road

Animals are unpredictable. For this reason, always exercise caution when approaching and passing one that’s on or by a road.

Deer, livestock and ridden horses can get spooked by a loud or fast-moving vehicle. Slow down to a safe speed until you’re well beyond them.

Certain regions and localities have a higher concentration of species of animal at different times of the year.

For instance, September to November is the UK deer rutting season, when stags compete for a mate.

At this time of the year, Deer may be more visible and more aggressive, and the damage they can cause to a vehicle is not to be underestimated.

Just because you can see deer in parks, such as Richmond in south-west London, doesn’t mean they're tame.

Treat them like any other wild animal, especially when their testosterone levels are up.

Accidents will happen, particularly at night when it is even harder to avoid hitting an animal that appears out of the undergrowth.

Driving well within the speed limit, and taking note of triangular road signs warning of the likely presence of animals, such as deer, ducks or even toads, can help limit accidents.

Also, use full beam on quiet rural roads, although be aware that you’ll need to dip the lights if other vehicles loom.

When to contact the local authority if you hit an animal

It is also a good idea to let the local authority or council know if a collision results in a dead animal at the side of the road.

If nothing else, you’ll help any passing young children avoid sleepless nights and make sure that other motorists won’t have to deal with any subsequent collision with the dead animal.

Also, the local authority may be freer to respond than the police.

What to do if you hit a dog or cat

There are different rules on what you should do it you clip a cat or a dog.

Cats are a law unto themselves. They’re just as likely to sit in the middle of a road or whip out from under a parked car or pounce down from a tree.

There is no requirement to report a collision with a cat, although if they have a collar, it’s only right to try to trace the owner or contact a vet.

Helping other injured animals on the road

Injured animals can be dangerous. They will be in pain and could lash out at a well-meaning passer-by. So motorists and pedestrians who come across an injured critter should act cautiously.

You don’t want to antagonise the animal, or put yourself in danger.

Draw attention to the injured party, perhaps by parking up and using hazard lights or a warning triangle – if it’s safe to do so and you’re not blocking the carriageway.

But don’t do anything that could put other lives in danger. Call the RSPCA for advice, if needed.

What happens if you hit a swan?

Swans have been known to crash-land onto a road, which can lead to a frightful scene. Typically, the bird mistakes a road, usually a wet one, for a stretch of water and takes an unfortunate dive.

If this happens in front of your car, take care as these birds are powerful, unpredictable, and potentially dangerous, so don’t approach them.

Call the RSPCA if it seems unlikely that the bird will recover and move off of its own accord, and use safe methods of warning other motorists, but don’t take any risks.

Finally, do not treat swans as roadkill, they’re the property of the monarch and it’s a criminal offence to injure, kill or eat them.

Can I make an emergency stop for an animal?

Any sudden, unexpected manoeuvre can be potentially perilous. You could make an emergency stop in traffic should a deer or cow wander into your path.

But slamming too hard on the brakes or swerving into the path of oncoming traffic is not acceptable.

You cannot scrape a deer off the road for a slap-up feast on roadkill venison, and you should never look to a run-over dog or farmyard animal for a free lunch.

But when it comes to roadkill of a smaller or more rustic nature, the law is more relaxed.

Bagging a recently slaughtered rabbit, squirrel or pheasant is fair game, providing you didn’t deliberately run it over or it’s not been festering at the side of the carriageway for an unhealthy period of time.

Most comprehensive policies should cover you for a collision with an animal, but it’s worth considering a few points that could sway the outcome of any claim. First, you need to have been abiding by the law and local signage.

If local signs make it clear livestock also use the road ahead, ploughing into a crowd of sheep at speed is unlikely to be well received by your policy provider.

On the other hand, the Highway Code  makes it clear that animals being herded should be under control, with an assistant going ahead to warn other road users if necessary.

As we mentioned above, dogs should always be kept on short leads around traffic, and it’s their owner’s responsibility to ensure they are under control.

If they’re not, there may be very little the motorist can do, which is what insurance is there to cover.

What evidence do I need if I hit an animal?

A collision with an animal can lead to serious damage to your car, and injury to anyone travelling within it.

Hitting a deer or cow can be akin to smashing into a brick wall. It could well result in a write-off or worse, and in some cases a counter claim from the owner of the animal involved in the accident.

For this reason, always gather as much evidence from the scene of the accident as possible.

This could include noting and backing up any dashcam recordings, taking photos of the scene – however unpleasant – and the surroundings. You could also gather any witness statements if possible.

Pay attention to holes in fences, gates left secured and so on. All the time, take care, as you may be injured or in shock.

You should also ensure you and other passengers do not put yourselves in harm’s way. 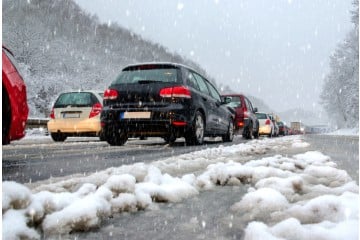 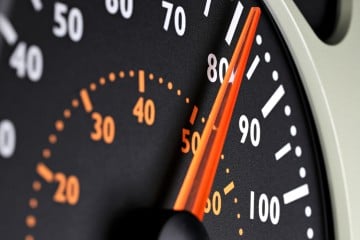 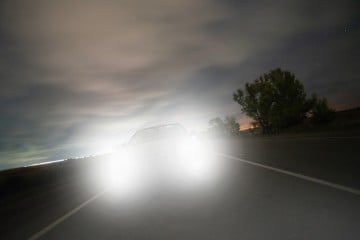 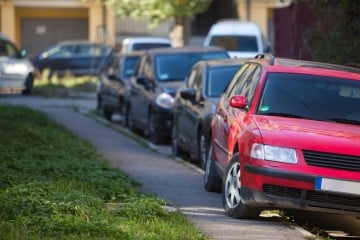 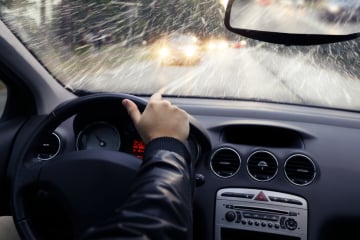