Traffic maintenance and speed cameras are a reality of the UK landscape and have been since the first was installed in 1991. 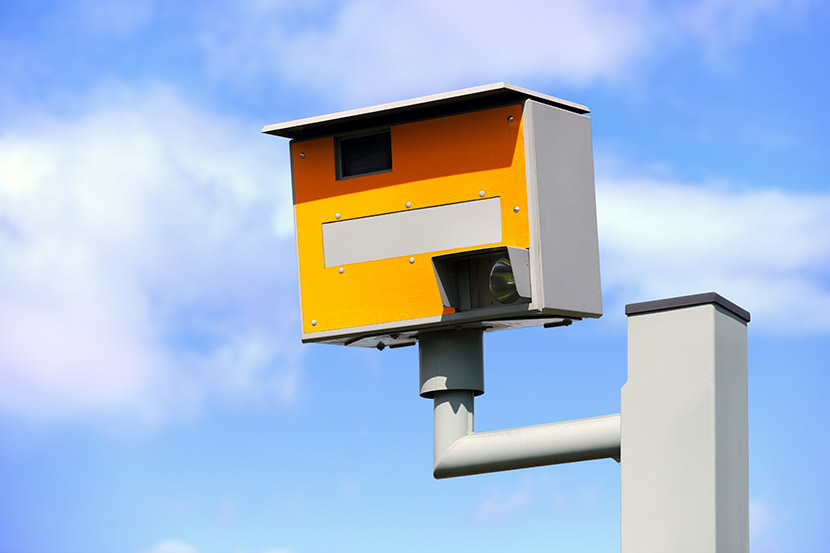 Since then, around 7,000 of them are speed cameras, while others capture data through monitoring and surveillance.

Speed cameras are widely debated with detractors saying they’ve become a revenue-raising exercise by the government. Supporters point to their effectiveness in reducing road casualties.

Whatever your stance, it pays to know the different types of cameras and what they do.

What are traffic cameras used for?

Traffic cameras are operated by different entities. Highways England says it uses over 1,500 cameras to help it manage traffic on the trunk road and motorway network in England.

Traffic cameras, which are mounted on 12m high masts on grass verges or on overhead gantries, aren’t easily seen. Highways England says this is because “they’re not used for speed enforcement.”

Operators use these cameras at the Regional and National Traffic Operations Centre, and move and zoom the cameras to monitor and manage congestion and incidents.

The cameras give a bird’s eye view of what’s happening, which helps the operator decide on the support needed.

You might see the images captured from these boxes on traffic bulletins. Some media organisations have partnerships to access and disseminate still or live images.

Why do we need speed cameras?

Speed cameras are an important part of the government’s road safety strategy and is the key tool in its arsenal to tackle speeding.

The latest government quarterly figures in October to December 2020 during lockdown show the proportion of cars exceeding the speed limit was similar to the same period the year before.

In a report, The Parliamentary Office of Science and Technology admitted:

“While it is generally agreed that cameras are effective in certain situations where crashes are caused by excessive speed, there are conflicting views on whether the UK safety camera scheme has reduced overall road casualty figures.”

The government does implement other measures to help reduce and influence level of speed.

These include physical restrictions like speed bumps or chicanes often found in residential areas.

Thankfully, our vehicles and even sat navs all helpfully remind us of a speed limit. And, of course, there’s the speed awareness course offered to those who exceed the speed limit marginally.

Unsurprisingly, speed cameras monitor the speed of cars and take photos of those that break the limit.

Most UK speed offences are now captured by two types of speed camera – fixed and mobile.

Fixed cameras are usually placed on accident hotspots. Many sat navs can pick these up. Mobile speed cameras used by police can be detected by certain sat navs and radar detectors.

Since October 2016, all working fixed speed cameras have to be yellow to maximise visibility.

This was in response to the high level of questions raised around speed cameras and widespread public feeling that it was a money-collecting exercise.

The Department for Transport (DfT), which said these guidelines ensure that cameras “should be clearly visible to motorists, with yellow housings that are not obscured by trees or signs.”

However, the DfT sill allow for covert cameras to be “used where it’s considered to be in the interests of road safety.”

Of course, penalty points on your licence could mean higher car insurance costs, so many opt for the course when given the choice.

Here are some of the most common speed cameras:

A rear-facing camera that measures how far a car has travelled between two points, and flashes to take a photo of the rear number plate.

A front-facing camera that uses sensors in the road to determine the speed of a car.

These cameras don’t flash, so you might not notice if you’ve been caught. Because they’re front-facing, the camera usually captures the driver’s face.

They keep an eye on four lanes of traffic and use automatic number plate recognition (ANPR) to photograph every car.

Unlike SPECS, these cameras are only active when there’s a temporary speed restriction on the motorway.

Also, these cameras can only monitor a single lane at a time, so there may be several cameras tucked inside a gantry.

Mobile speed cameras use either lasers or radar to catch speeding drivers. These can be mounted in speed camera vans or can take the form of hand-held speed cameras propped up by officers.

Fixed cameras are subject to weather conditions – a particularly rainy, foggy or snowy day could mean that a camera is inoperable. Mobile cameras are able to pick up the slack when this happens.

These fixed cameras activate when the light goes red. Sensors in the road detect if you go over the line on a red light, which cause the camera to flash.

Because of their similar setup, TRUVELO speed cameras can also be used as red light cameras, and vice-versa.

The DVSA has a network of cameras around the country that use ANPR technology to catch uninsured drivers or cars that don’t have valid tax.

The DVSA and DVLA share data with one another to make sure that all cars on the road are above board.

Primarily, these cameras keep an eye on the flow of traffic to help with congestion and accidents.

However, some areas use CCTV to catch drivers who stop in box junctions or use bus lanes.

Can you check if you've been caught speeding?

Don’t ignore the notice or you could end up in court. Once you’re given the notice you could receive either a Fixed Penalty Notice (FPN) or you may get a letter telling you to go to court.

How do average speed cameras work?

It’s another road safety measure meant to positively influence driver behaviour and compliance with the set limits on roads.

The ASE cameras detect cars, calculating their average speed by measuring the time taken to travel between fixed points.

Some mobile speed cameras flash and some don’t. The presence of a police officer or speed van tends to act as a deterrent on its own.

Drivers may be alerted that they’ve triggered a camera through a flash in their rear view mirror from a speed camera.

There’s not much you can do except wait and see. There’s a formal process by the police in place and within 14 days if you have been caught for speeding you’ll receive an NIP.

Average speed cameras do not capture your speed with a flash.

They'll monitor your speed over a length of road, instead. This is to stop people slowing down before they see a camera, just to speed up once they've passed it.

Do all traffic lights have cameras?

Not all traffic lights have cameras.

On a practical level it wouldn’t appear cost effective to affix cameras on every traffic light considering the cost of implementing and operating them.

Transport for London in response to a Freedom of Information query from a member of the public in 2020 had this to say:

“The nearest TfL-owned camera to the location in question is a TFL Streets CCTV Camera (these are used for traffic monitoring and traffic enforcement – i.e., bus lane penalties, yellow box junction infringements, etc.).

"The approximate cost to install a new CCTV camera including the pole is between £25K-£35K.

“Depending on specific circumstances the maintenance for such cameras is between £2.5K and £6K per year.”

Are speed camera detectors legal in the UK?

Speed camera detectors are legal in the UK. However, they are illegal when driving in many countries across Europe.

For example, when driving in France you’ll even need to turn the feature off on your built-in sat-nav.

Speed camera detectors let drivers know where speed cameras are as they’re driving – either through a device sitting on a dashboard or through smartphone apps.

‘Jammers’ that block the signal from police speed cameras are against in the law in the UK.

Using one could see you fined, and you may lose your licence. And if the court deems that you were perverting the course of justice, you could receive a far more serious punishment, such as jail time.

Cameras will often show an error message when affected by a jammer, which alerts operatives to potentially suspicious behaviour. 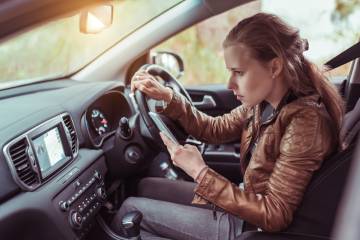 Your questions about using a phone at the wheel - answered 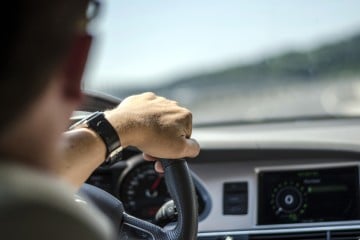 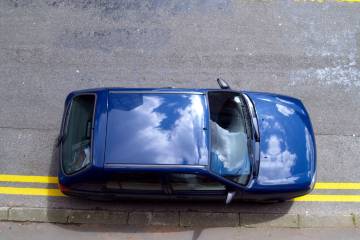 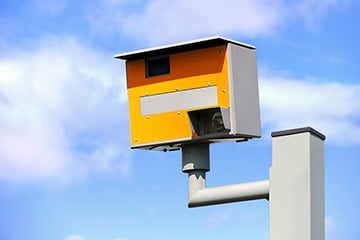 From traffic light cams to speed traps - how do you spot the cameras on the road? 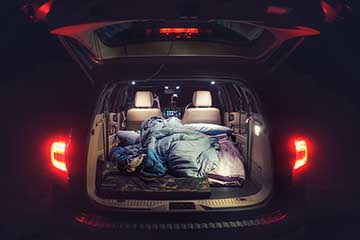 Planning a long journey? Want to know if you’re allowed to sleep in your car? It pays off to know what the law says.