Skip navigation
Retrieve a Quote My account
You are here:
03 Mar 2021 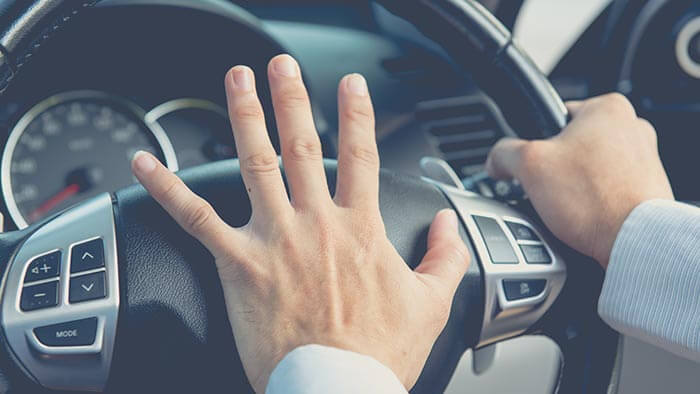 We sift through some common motoring confusions to find out what is and isn’t legal while driving.

Not everyone is completely clued up about the rules of the road, so confusion and misinformation have a habit of spreading.

But ignorance isn’t an excuse for doing something illegal. With that in mind, we’re here to clear up any confusion on some of these common motoring law myths.

Maidstone Council in Kent is pioneering LitterCams to catch drivers chucking rubbish out of their cars.

And if you think you’ll be ok using a phone with headphones or on speakerphone - if the police think you’re distracted while using them, you could still get stopped and potentially penalised.

Is it illegal to splash a pedestrian while driving?

Avoiding puddles on British roads is almost as difficult as dodging potholes, and it may be an unfortunate coincidence that you and a pedestrian pass one another next to a splash zone.

If you’re caught, you could be hit with a £5,000 fine and up to nine points on your licence.

READ MORE: How many of these lesser-known driving offences have you committed?

This would come under ‘driving without due care and attention’ – also known as a CD10 - and usually results in a £100 fine and three points on your licence.

Is it illegal to drive with a dirty number plate?

There are strict rules around number plates and how they’re displayed. If your car’s number plate is missing, displayed incorrectly or obscured, you could face a fine of £1,000.

What’s more, this is also a valid reason for your car to fail its MOT, potentially leaving you even more out of pocket.

If you’re making a profit from driving people around, that’s considered ‘hire and reward’ by insurers. Unless you have proper cover in place, your car insurance policy could be made invalid.

Also, you could be considered to be ‘operating a taxi without a licence’, which carries a fine of up to £2,500 and automatically invalidates your driving licence.