Local councils have received nearly £20 million from driving fines* in certain parts of the UK. More than a third1 believe that the councils make too much money from penalising drivers through penalty charge notices (PCNs). So how do you appeal a fine? And which areas in the UK are the worst for driving fines? 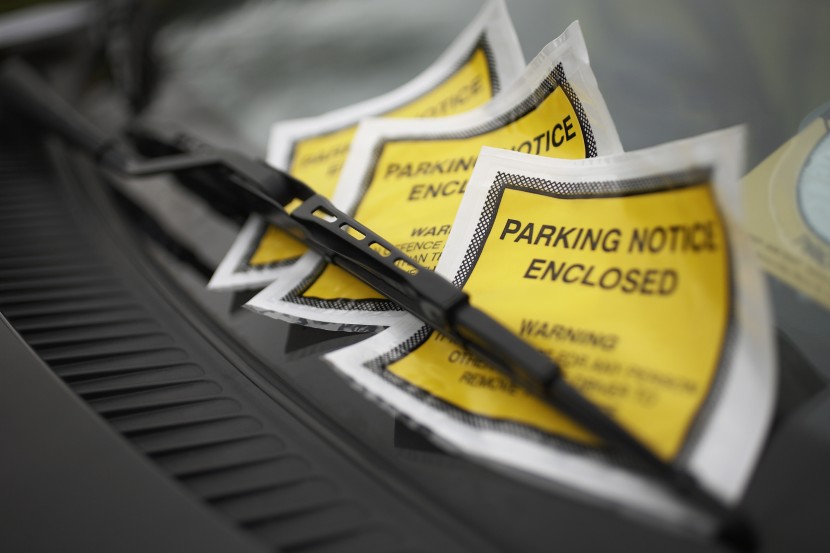 We requested information from UK councils about streets in their authority that dealt the most fines during the 2020/2021 financial year. This includes fines for parking offences, driving in bus lanes or blocking a yellow box junction.

According to our data, councils collected £19.5 million for offences committed on the top 103 streets for fines in the UK. These fines were issued over a 12 month period.

The amount councils take for driving fines hasn’t gone unnoticed. Over a third (34%) said that councils make too much money penalising drivers through PCNS. The average amount paid in penalties was around £72 - that’s according to the 1 in 2 drivers who said they received a PCN.

That said, over half of drivers aren’t opposed to paying for PCNs. They said that anything between £11-£40 is a reasonable amount to pay for breaking certain road rules.

We expose the streets in the UK where you are most likely to be hit with fines and look at how you could challenge a driving fine if you get one.

Which is the worst street for fines in the UK?

Browning Road** in Newham, London is the worst street for driving fines.

In the financial year 2020/2021, Newham council issued £3.3 million worth of fines to Browning Road. Drivers bending the rules on this street would have likely received a ticket, as the council issued a grand total of 67,557 tickets.

Our data also revealed that the top five streets for issuing PCNs in the UK would have received a combined amount of more than £1 million. These streets were:

Most expensive streets in London for PCNs issued to drivers

What were the worst streets for fines outside of London?

It’s not just London that sees high-yielding streets for parking fines. Stockport Road in Manchester gained over £193,000 in fines in 2020/2021. The council issued over 5,000 PCNs to people who weren’t following the parking rules on this street.

The top 5 streets outside of london were:


Most expensive streets outside London for PCNs issued to drivers

Why are drivers receiving PCNs?

The top reasons why drivers are receiving PCNs are:

Of those reasons, parking offences are the most common. This could be because drivers are chancing it because there aren’t enough parking spaces.

If they can't find a space, drivers might be tempted to take risks when it comes to parking. For example, parking on single or double yellow lines. This could potentially cause damage to their car and bump up their car insurance premiums.

Drivers might also be tempted risk parking in blue badge bays for drivers with a disability. Without a blue badge clearly displayed, you could get a fine of up to  £1,000.

On top of this, 1 in 3 motorists use a parent and child parking bay when they don’t have a child with them. But punishment for parking in these spaces can be confusing when it comes to PCNs.

As these spaces are usually on private land, like a supermarket, they don’t have the same rules as council-owned spaces. So any punishment for parking incorrectly is up to the discretion of the land owner.

Can I appeal my PCN?

If you feel you’ve been unfairly punished with a PCN, you can appeal it.

But this process can be confusing. Only 6% of drivers said they think their local council has an easy process for appealing a fine. Our PCN challenge checklist can give you tips on how to do this, but at a glance, you’ll need to:

Our research shows that more than half (52%) of drivers who received a PCN appeal it. And the results weren’t all bad, 7 in 10 (73%) appeals were successful and drivers paid a reduced price or nothing at all.

The top reasons for appealing were:

What are the parking rules?

Car parking rules can be confusing, here are some of the main ones to look out for:

** Browning Road is part of a scheme where only emergency response vehicles, buses, cyclists, black cabs and local residents are allowed to drive through. A similar Low Traffic Neighbourhood (LTN) operates in Dermody Road, Lewisham and Lansdowne Drive, Hackney.

1 All figures taken from omnibus research carried out by One Poll on behalf of Confused.com. This was an online poll of 2,000 UK adults who drive (nationally representative sample). The research was conducted between 9th and 14th June 2022.