Third-party insurance covers you if you damage another vehicle, or another motorist makes an insurance claims against you. But it offers you zero accident protection for your car. Here’s what you need to know about how third-party cover differs from other kinds of car insurance. 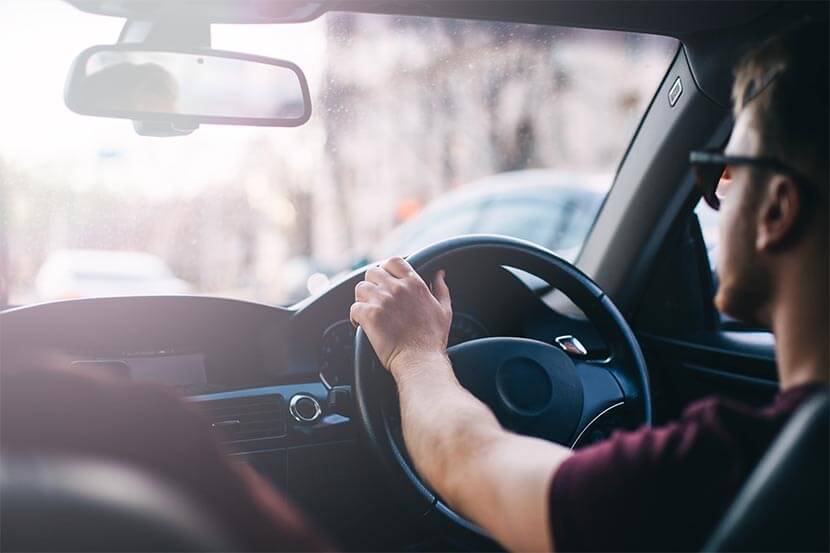 What is third party insurance?

Third-party only (TPO) insurance, sometimes referred to as 3rd party insurance, should cover you for any damage caused to someone else’s vehicle if the accident’s your fault.

Say you drive into the side of a car at a turning and cause injury to the driver and their passenger. Your third-party policy should pay for the damage to the other car.

Your policy should also cover you for any medical expenses racked up by the driver and any passengers. But third-party cover doesn't cover the damage to your car.

Shopping for third-party insurance buys you the legal minimum when buying car cover.

That may be by monthly installments or via a one-off lump sum, which is usually cheaper.

Why is it called ‘third party’?

The name’s rooted in insurance law.

The driver buying the cover is the first party.

The second party is the insurance company, who takes on the risk.

The third party is the driver or vehicle you hope, in the politest possible way, to avoid.

If you can’t and there’s a prang, your insurance company picks up part of the tab.

It covers any damage you cause, as well as personal injury claims, to another person. This could be a driver or one of their passengers.

You should also be covered if an accident involves, for example a cyclist or by-stander. If your accident also manages to write off a lamp-post or someone’s garden wall, you’re usually covered here too.

In some ways, this amount of cover sounds wide-ranging. But it won’t cover you for the theft of your vehicle or any fire risk. For this kind of cover you need to upgrade to third-party fire and theft.

What does third party fire and theft cover?

Third-party fire and theft (TPFT) cover is a different type of insurance to TPO. It means you’re covered for the following three specific areas:

If your car’s destroyed by fire a TPFT policy should cover you too. If the fire isn’t an accident and it’s a suspected arson incident, you need a crime reference letter from the police to support your claim.

TPFT also covers you for third-party claims. In other words, you’re covered for any damage your driving causes other vehicles.

If you accidentally drive into the back of someone else, for example, damaging their bumper and lights, your insurer should cover these repair costs.

You’re also covered for any personal injury claims that might crop up from the other vehicles. Medical expenses, for example, from a driver or any of its passengers.

At first glance this insurance cover has enough range for some people’s driving needs. But third-party fire and theft might not cover any damage to your car as the result of an accident.

Third party is the minimum level of legal cover you need to be on the road. It covers damage from yourself to another driver’s car, property, another person, or any injury compensation costs.

The main differences between levels of car insurance

For many people, comprehensive insurance is a better deal as it covers you for most outcomes and eventualities.

Third-party insurance is really to protect other people – it’s not designed to help someone recover the cost of an accident to their own vehicle.

If you buy basic insurance cover do you pay less? You might think so. But in the insurance world less cover doesn’t always mean a cheaper policy.

Insurers saw that drivers with third-party cover tended to have more crashes, with higher value claims. The same data also told them these policyholders often tended to be younger.

This is because for many drivers, comprehensive policies offer better value for money. However, policies can vary a lot and the cost of your car insurance is calculated by a number of factors, including your job, the age of your vehicle, and your claims history.

Should I get third party cover?

Third-party cover is a good option for some drivers. Typically, third-party cover might work if you’re happy to cover the cost of any accident repairs yourself. This is often the case when the value of your car is low.

There are some cases whereby third-party insurance may be your only option. Some insurance companies, for example, are only able to offer convicted driver insurance at a third-party level.

Drivers with other driving offence codes may also only have this option.

However, while opting for third-party cover may look cheaper, it is often insurance industry code for a ‘higher risk’ driver.

While a fully comprehensive policy covers your car’s repairs, there’s also an excess to pay if you make a claim which you need to factor into your budget.  However, it’s not all about money either. Choosing a car insurance policy with more cover might be a better option for you if you want that extra peace of mind.

How do I get a third party car insurance quote?

If you’ve  decided third party insurance is right for you, it’s now time to find a policy. There are lots to choose from and using a comparison website, such as us, can be a quick way to compare third party car insurance.

To speed up the process of getting a quote, it’s good to have the following information to hand:

From these an insurer calculates the cost for your premium. You’re then free to choose the policy for you, based both on price but also on what’s in the policy.

Even if it looks like a great deal, a policy is only worth buying if it’s right for you and your car. Take the time to read the policy document so you’re fully aware of what you should be covered for.

Can I still get a no claims discount with third party insurance?

Yes, you can build up a no claims discount with third party insurance. This is the case with all types of car insurance in fact. For every year that goes by without making a claim, you build up a discount that’s taken off your next year’s premium.

I don’t want third party insurance, but I do want cheaper car insurance. How do I get that?

There are lots of ways to get cheaper car insurance. It’s not that hard and it pays to be a bit savvy. That’s because there can be big premium differences, even within the same car and model range.

Here we’ve lined up five ideas to help keep your premium low when you talk to your insurer.

If you’ve got a spouse or partner, you could put them on your car insurance. Statistically your car’s less likely to be involved in a car accident if you add a named driver to your policy.

This works best when your partner is similar in age – not too much older or younger.

You should get your renewal notice from your insurance company about three weeks before the renewal date. The earlier you sort out your policy, the less expensive it could be.

So, put a date in your calendar and set a reminder to talk to your insurance company and compare quotes to find a better deal.

Don't be afraid to haggle

Haggling isn’t arguing and it’s not shady. It’s simply asking for a better deal. You might be surprised at what you hear back. If you decide to haggle, do it with plenty of time left before your policy renews.

When replacing your car try and avoid too much bling or high-end kit. Some high-end LED front lights, for example, are now sealed units. This means they cost a lot to replace if damaged and in some cases on older cars, they might be uneconomic to repair.

It might sound obvious but some of your premium is calculated on how much time you’re out on the road. If you drive 8,000 miles a year rather than 10,000 miles, tell your insurer, as your cover could be cheaper.