Smart motorways – what are they?

Smart motorways are meant to make motorway driving easier by increasing the number of lanes available and regulating the flow of traffic. But this often takes away an important safety feature – the hard shoulder.

This lack of a hard shoulder has contributed to a number of deaths on smart motorways. And after objections from the House of Commons Transport Committee, the government has decided to pause the smart motorway rollout for 5 years. 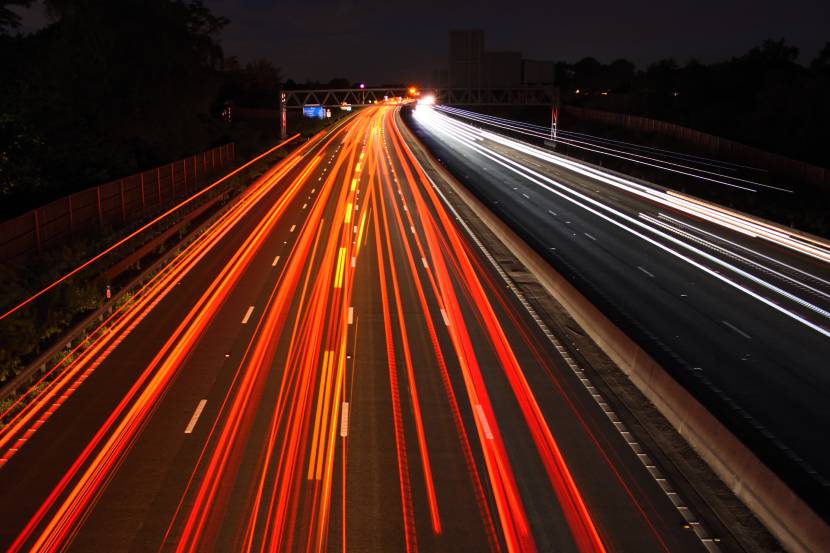 What is a smart motorway?

A smart motorway is a motorway that responds in real-time with different methods to manage traffic-flow.

They're designed to respond to issues such as accidents, roadworks and traffic jams, and make motorway driving easier.

But they don’t all work in the same way, and there are 3 types of smart motorway.

A controlled motorway (or managed motorway) has at least 3 lanes and a hard shoulder that’s for emergency services only. It uses variable speed limits.

A motorway with a dynamic hard shoulder also has variable speed limits but traffic can be directed via overhead signs to use the hard shoulder when needed.

Motorways classified as all lanes running have no hard shoulder but instead have emergency refuge areas every mile or two. If there’s a breakdown in one of the lanes, the overhead signs indicate when a lane ahead is closed.

What changed on smart motorways in 2022?

The government has paused the rollout of smart motorways for 5 years.

They’re pausing the rollout so they can gather a full 5 years’ worth of safety data on the existing schemes.

Highways England is also investing £900 million to improve the safety of existing smart motorways. £390 million of this is set to go towards adding more emergency refuge areas.

By 2025, the government expects there to be a 50% increase in areas to stop on smart motorways because of this funding.

Once 5 years is up, the government plan to assess the safety data and make an informed decision on what to do about smart motorways.

Since 2020, Highways England has made sure that each smart motorway has frequent emergency areas. The M25 now has 10 more of these.

The emergency areas are coloured orange to ensure they’re more visible to drivers. Signage for these has improved too, so drivers should know where the next emergency stop area is.

The M3 and the M20 have radar-based ‘stopped vehicle detection’, or SVD. This technology can detect a vehicle that’s stopped.

Work is under way to get this technology on the M1 smart motorway stretch.

Cameras across all smart motorways have been upgraded for better detection to help police officers find people driving in a closed lane. These are usually marked with a red ‘X’.

These safety measures could take a while to install on smart motorways, though – and the lack of a hard shoulder could still be a safety concern for motorists and campaigners.

Pros and cons of a smart motorway

Alan Billings, the police and crime commissioner for South Yorkshire, has been a vocal opponent of smart motorways.

In January 2021 he wrote to the government, stating: “I believe that smart motorways of this kind – where what would be a hard shoulder is a live lane with occasional refuges – are inherently unsafe and dangerous and should be abandoned.”

In one tragic case in Billings’s county, Jason Mercer and Alexandru Murgeanu had a minor accident in 2019 near Sheffield on the M1 – part of the road that’s a smart motorway where all lanes are in use and there’s no hard shoulder.

They’d pulled to the left of the motorway and were exchanging details when they were hit by a lorry.

The judge at the trial of the lorry driver said: “A hard shoulder strikes me as analogous to the emergency doors on an aeroplane or lifeboats on ships. One never hopes ever to use them, and most of the time you never do. But they’re there.”

David Urpeth, the coroner who carried out the inquest into the deaths, recorded a verdict of unlawful killing, and said motorways without a hard shoulder carry “an ongoing risk of future death”.

In Billings’s letter to the government, he said: “The relevant test for us is whether someone who breaks down on this stretch of the motorway, where there is no hard shoulder, would have had a better chance of escaping death or injury had there still been a hard shoulder.

"And the coroner’s verdict makes it clear that the answer to that question is yes.”

A YouGov poll at the start of 2021 found the majority of people agreed with Billings.

Some 64% of people polled thought that smart motorways were less safe than motorways with hard shoulders. The figure rose to 82% among the over-65s.

The government has decided that one of the problems with smart motorways is that people are confused because of the different types.

So dynamic-hard-shoulder motorways are being phased out and will become all-lanes-running motorways by 2025.

And recognising it can take too long to close lanes when something happens on a smart motorway, technology should be installed to pick up problems more quickly.

The radar-based SVD technology scans the road for stopped vehicles. It then alerts the control centre.

This technology is due to be rolled out to all all-lanes-running motorways by September 2022. The government has also said that no new smart motorways will open without it.

The new SVD should mean that lanes with stranded vehicles in them are closed much quicker than at present.

The average time to close a lane when a vehicle becomes stranded is currently 17 minutes.

Highways England has launched a Go left! campaign to raise awareness of what to do when your car has a problem on a smart motorway.

The ad shows a driver who’s about to run out of fuel manage to get to an emergency refuge area.

The Highway Code is also going to be updated with information about smart motorways.

But it’s fair to say hardly anyone looks at the Highway Code after they’ve passed their driving test.

And not every driver who needs an emergency refuge area on a smart motorway is likely to have as much warning as the driver in the ad.

What should you do if you break down on a smart motorway?

Highways England has also updated its advice if you break down on a smart motorway.

It says that most vehicles can be driven to an emergency refuge area when they have a problem.

Once in the refuge area you should switch your hazard warning lights on. If it’s dark, put side lights on. In poor visibility, use your fog lights.

If it’s safe and you can get out with any passengers, leave the vehicle on the passenger side and get behind a safety barrier if there is one.

Take things you might need, such as phones, warm clothing and food and drink with you.

Pets are generally safer left in your vehicle.

Keep well away from your vehicle and moving traffic, even if it’s raining, cold or dark.

Look out for possible hazards such as uneven ground or debris.

After speaking to Highways England, call your breakdown company and your car insurance company if you need to.

Tips for driving on smart motorways

The government’s website offers some tips for driving on smart motorways.

Some of them are common sense – you should always be on the lookout for speed-limit signs, for example. But some are specific to smart motorways.