Imagine you’re pulling out from a car park when you realise you’ve bumped into the car next to you. There’s no damage to their car, and just a scrape to yours. The question is, should you tell your insurer? Let's take a look. 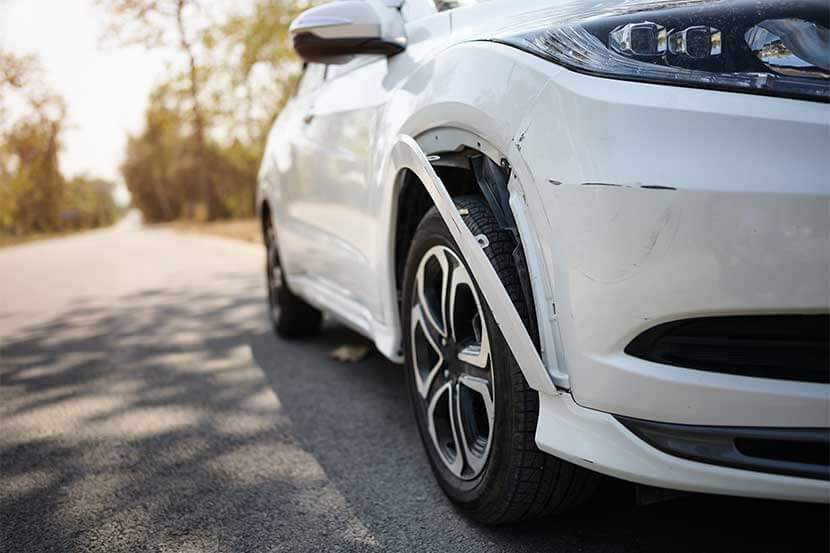 Is it worth claiming on my car insurance?

There's no general rule here. It’s all about weighing up the odds and costs.

If the cost of repairing your car, or another person's vehicle, after an accident is cheaper by claiming on your insurance, it's probably the best idea. Car insurance is there for these circumstances after all, so you shouldn't avoid using it if you have to.

But if you’re able to cover the costs, it may work out better to pay for the damages yourself. Especially if the alternative is making a claim and paying out an excess. Which could mean losing your no-claims bonus (NBC), or having higher insurance costs the following year.

Is it worth claiming on my car insurance for a dent?

Don’t forget that your insurance costs could go up whether or not you claim, since you still need to report the accident.

If you need a repair to your car because something has been damaged in an accident, your insurer may provide cover. But it depends on what level of insurance you have. You only have this cover if you have fully comprehensive insurance, which is the highest level of cover you can buy.

If your car needs repairs because of general wear and tear, then this isn't usually covered by your car insurance. If you’re not sure what's covered, check your policy details or ask your insurer.

Should I report minor accidents to my insurer?

You don’t have to claim, but your insurance company needs to know about all accidents you have in your car.

Fault or non-fault, big bump or minor scrape, you’ve had an accident and that could put you in a higher risk category.

There are other things to consider here, too. Let’s say you have a small bump, and don’t tell your insurer. Then 6 months later, you have a bigger bump and need to claim.

When a mechanic inspects your car, they could find damage from previous incidents. If they do, and they feel that you haven’t told them about the accidents, it could invalidate your car insurance. That risks leaving you with no cover to repair your car.

Or, they could add the previous bump onto your policy and get you to pay any extra, if your insurance costs went up as a result.

If you have an accident and don’t tell your insurer, there’s a chance the other party might let their own insurer know. In that case, their insurance company might let yours know too. It’s much better if you’re the one who tells them.

If you're involved in an accident with an uninsured driver or a multi-car accident, it might get a bit more complicated. But in both cases you should report the accident to your insurer.

Will my car insurance go up if I don't make a claim?

Yes, your car insurance could go up. Your insurer won’t be trying to recoup the amount they’ve paid out to fix your car, because you haven’t claimed. But it's likely that they'll be looking at your risk profile.

Every little bump and scrape you have builds up your driving profile, which is stored on a motor insurance database.

What’s the difference between fault and non-fault claims?

A fault claim doesn’t mean that you’re to blame for an accident. All it means is that your insurance company pays out for any costs associated with the claim.

This could be because you’ve accepted liability for the accident, or because they’ve been unable to find the other party.

How long does a claim stay on your car insurance record?

When you get a quote with us, we’ll ask you about any claims or incidents you’ve had in the last 5 years. Most insurance companies have similar requirements.

This is for all accidents you’ve been involved in, regardless of whether you made a claim.

How long do I have to report an accident to my car insurance company?

Insurers usually set out a time frame for when you're supposed to notify them of any accidents. It could be 24, 48 or 72 hours, for example.

You should check the terms and conditions in your policy documents to find their required time frame.

How do I make a car insurance claim?

If you just want to let them know about the bump, you can tell them:

If you want to claim on your car insurance:

For more information, check out our guide on how to claim on your car insurance.

How long does a car insurance claim take to settle?

This depends on how complex the claim is. Let's say a third-party has hit your car in the rear and has admitted fault. Your insurance company could settle the claim in a matter of weeks.

But if anyone is injured, or if nobody accepts liability, the claim could stretch out into months or even longer before you see a payout.

Could my car insurance claim be rejected?

On the whole most car insurance claims are accepted. In fact between 2019 and 2020, 99% of claims were paid, according to the Association of British Insurers (ABI), and the average cost of a claim was £3,040.

That said, some insurance claims are still rejected so there's a chance this may happen. This can be the case if an accident is your fault and you were being negligent. For example, you were speeding or breaking the law in any other way.

Claims can also be rejected if the reason for an accident is the fact that you haven’t kept your car regularly maintained and it’s not roadworthy.

Another reason claims can be rejected is if you have the wrong insurance, or your details are incorrect. So it’s important to keep your policy updated and to tell your insurer if anything changes, such as if you move house or modify your car.