When should you change your cambelt?

Not all of us are mechanics in our spare time. So the prospect of a crucial part of your motor breaking might fill you with equal parts dread and confusion.

But while your cambelt is a vital bit of kit, it could be easily sorted by a professional. Here’s how you find out when yours needs changing. 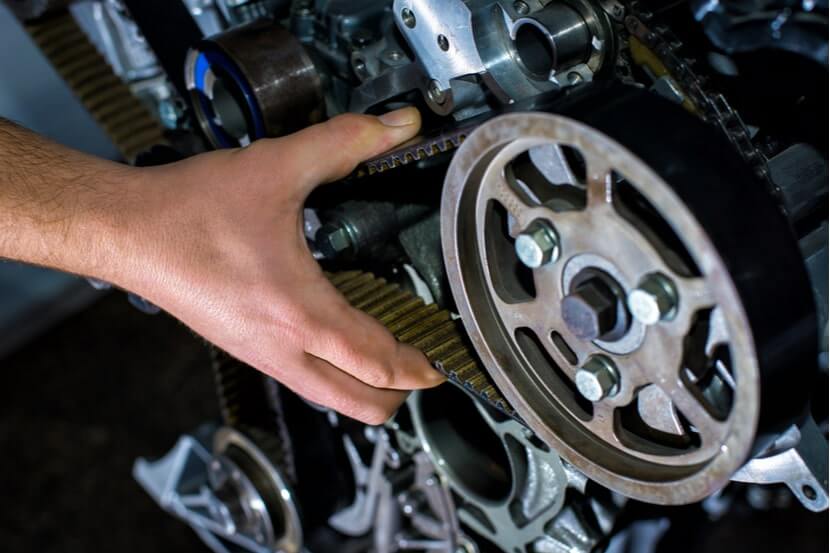 What is a cambelt?

The cambelt, or timing belt, is one of the most crucial parts in the engine.

Made of composites such as Kevlar and polyurethane, it’s a belt with teeth that synchronises the rotation of the crankshaft and the camshaft.

What does a cambelt do?

A timing belt regulates the way your engine works.

It makes sure that the camshaft and the crankshaft rotate in sync.

But like most bits of kit, it eventually wears out.

What can happen if my cambelt breaks?

If it cracks, tears or snaps, it can cause a lot of expensive engine damage. With older cars, this could mean they aren’t worth repairing.

The pistons and head gasket could be damaged, which can lead to a major bill, and it could even lead to complete engine failure.

In a worst-case scenario, if it fails while you’re driving it could lead to the engine seizing up, and a failure of the brakes and steering.

And damage caused by wear and tear isn’t usually covered by your car insurance policy.

BMW and Mercedes-Benz use cam chains while most other manufacturers still use cambelts.

Your vehicle’s handbook should tell you which one your car has.

How often should you change the cambelt?

There’s no one-size-fits-all rule when it comes to how frequently you should change your cambelt, as a lot depends on your car.

Most manufacturers suggest either a time or a mileage-based change, depending on which comes first.

There’s a lot of variation between both manufacturers and engines when it comes to this. But you should start to think about a change after every 40,000 miles, and every 4 years or so.

Your car’s handbook should specify the frequency. And a decent garage should let you know if a timing belt change is due when you get your car serviced.

But you should treat your manufacturer’s recommendations as the absolute maximum, though. Cambelt failure could cause serious mechanical damage. So don’t tempt fate by waiting until you’re just about to hit the recommended limit to change your cambelt.

Is my cambelt checked when I have an MOT?

No, it’s not part of an MOT test. That’s another reason why you should automatically change it no later than the time recommended by the manufacturer

And there’s no dashboard warning light to alert you of an imminent cambelt problem, either.

How much does it cost to change a cambelt?

The average cost for a cambelt change, according to WhoCanFixMyCar, is around £250-300.

Replacing it could take several hours’ work, which involves taking apart the engine block and putting it back together.

So it's worth comparing garages to find a quote that suits your wallet.

How can I tell if my cambelt needs changing?

There’s usually no sign that it’s reached the end of the road as it’s deeply embedded in the engine. It could be hard to spot the signs of cambelt failure.

If you're lucky, you might hear a rattling or slapping noise prior to the cambelt going. But in some cases even an expert might not be able to predict a timing belt failure.

And unlike new brakes or other replacement parts, you might not notice any difference in the way your car drives ahead of it failing.

That’s why it’s crucial you have it replaced in good time and don’t assume you’ll get a heads-up before it gives up the ghost.