Skip navigation
Retrieve a Quote My account
You are here:
04 Nov 2020

Your checklist for challenging an unfair fine 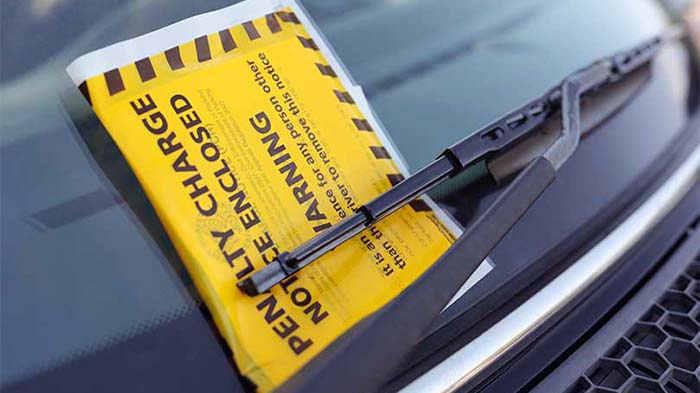 Have you been hit with a fine you deem unfair? This checklist should help guide you through the appeals process.

Our research found that two in five (40%) drivers have appealed a Penalty Charge Notice (PCN) at some point. Of those, 74% were successful and either paid a reduced price or nothing at all.

The whole process can be more than a little confusing. More than half (52%) believe that if they had more clarity about how to appeal a PCN, they’d have appealed an unfair fine.

This checklist should help bring you up to speed on everything you might need to include in a PCN appeal.

READ MORE: Which regions of the UK have issues the most Penalty Charge Notices?

Should you challenge your parking fine?

Before you start your challenge, think about:

You need to send your appeal, either as a letter to the address on the ticket, or via the parking enforcer’s website.

Send this off within 14 days so that if you lose, you can still pay a reduced fine.

Here’s what you need to include in your challenge letter:

What should you include when challenging a fine? Jump to a section:

Explain why you’re writing the letter, referencing your PCN number and location of where you were issued the ticket, followed by the date.

Refer to the reason why your PCN was issued, stating why you believe it’s been given unfairly.

For example: "The reason referenced on the ticket under ‘contravention code 5’ is that I was parked on Main Street after the expiry of paid for time. However, I believe that this ticket has been issued unfairly."

This is where you explain why you’re challenging your fine. Some example reasons that have been submitted in appeal letters include:

This is the most common reason as signs can be wrong, faded or not visible.

This applies if the road lines indicating a bus lane or a box junction are faded, not visible or if you believe them to be wrong.

The contravention did not occur

This applies if the authority got it wrong or the offence never happened. issuing you a PCN under contravention 40, parking in a disabled space without displaying a disabled badge, when actually your Blue Badge was displayed.

This applies if you paid the PCN but you are chased again for payment.

This applies when councils haven’t specified all of the required information about your offence or provided you with photographic evidence.

Video is often required for moving traffic offences such as bus lanes, no right turn or box junctions as these are recorded by CCTV.

You didn’t own the vehicle at the time/ever

This applies if you sold your car before the ticket was issued or you never owned the vehicle in question at all.

You weren’t driving the car at the time

This applies if your vehicle was stolen or if someone else was driving your car without your consent.

You gave way for an emergency vehicle

This applies if you did commit a moving offence but you had to let emergency services through.

Your vehicle is an exception to the contravention

This applies if your vehicle is permitted to be there. E.g. A licensed taxi using a bus lane.

This applies if you accept being given a penalty, but the fine is higher than what it should be for the offence

This applies when you have broken the rules but you’ve a good reason for doing so.

Note that many reasons in this category don’t automatically waive your penalty, but many authorities will consider them.

You can’t afford to pay the fine

This applies if you admit that you made a mistake but just can’t afford to pay the fine. Note that councils most probably won’t automatically waive your penalty, but might consider a reduction.

You need to state that you’ve enclosed all evidence that can back up your challenge. You should also say what each piece of evidence is so that there’s no room for confusion. E.g. please find attached relevant evidence taken at the time the ticket was issued to support this appeal. This includes etc.

Gather all of the evidence that’s relevant and timely. Some councils might use the terms ‘contemporaneous’ or ‘material time’ to explain this. Evidence can include:

Keep copies of everything you’ve been sent from the issuing authority, and copies of any information you’ve sent off.

Keep everything relevant, such as receipts from a recovery company if you were broken down, receipts from shops to show they’re in close proximity or a doctor’s note.

Statements from anyone else who was either there at the time you were given the ticket, there to have seen your car parked legally, or anyone who was a witness to any mitigating circumstances.

You want the issuing authority to know that you’d like them to acknowledge receipt of your appeal. You also should mention what outcome you’d like from appealing.

For example, "As a result of the above, I look forward to receiving confirmation of receipt of this appeal followed by confirmation that this PCN has been cancelled/the fine has been reduced to £X."

Sign off your letter formally with a signature as you want it to be taken seriously.

Finish with your signature.

This checklist is to help you through the process of appealing an unfair fine - we can make no guarantees that the appeal will be upheld.

If you need additional help, you can check Citizens Advice who have more information on how and when to fight an unfair fine.