My car alarm keeps going off

Most of the time, our car alarms are a useful part of car security, designed to deter thieves by drawing attention to your car. But every now and then, the alarm goes off for no clear reason. Not only is this a nuisance, it risks souring your relationship with your neighbours. And if the alarm itself is faulty, you risk invalidating your car insurance policy. So, how do you fix an alarm that keeps going off? 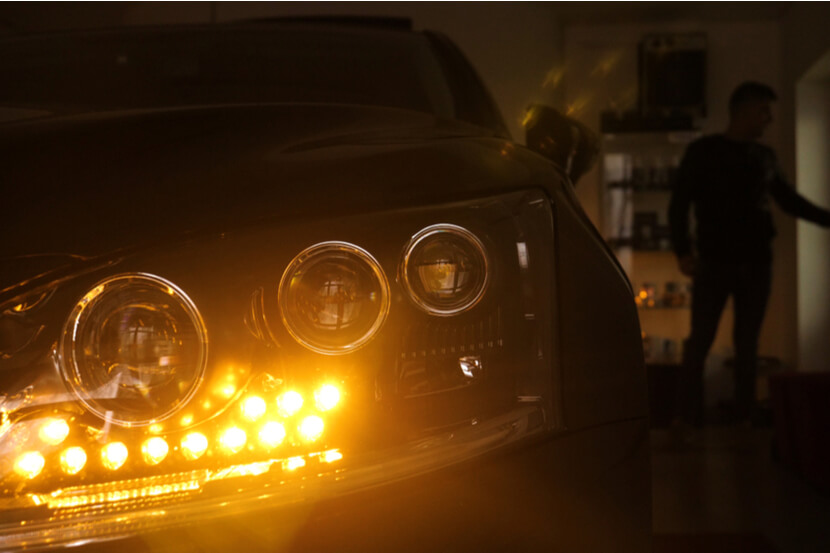 Why does my car alarm keep going off?

There could be many reasons why your car alarm keeps going off. Some might be a quick, easy fix, while others could be a sign of a bigger problem.

The most common reasons for car alarms to go off are:

Your key fob sends a signal to the car to tell it to lock and unlock. It's this signal that tech-savvy thieves exploit when they steal keyless cars.

If the fob's battery is low, the signal might not be strong enough, which could cause the alarm to go off.

A quick and easy way to solve this is to replace the batteries in the key fob. Most car key fobs use circular button batteries. You can buy these anywhere that sells regular batteries.

If this doesn't work, there might be a problem with the fob itself. A qualified mechanic should be able to reset the fob for you.

Most car bonnets have a sensor underneath that detects when someone tries to force it open. This sensor could be tripping on its own, which is likely caused by a buildup of dirt and grime.

Give the bonnet latch a good clean to remove any grease. If that doesn't solve the problem, it could be that there's an issue with the latch connection. This will likely require a trip to the garage.

Most modern cars have alarms and engine immobilisers fitted as standard. But if you want to add one to an older car, it's best to leave it to a qualified mechanic.

Otherwise, you run the risk of  loose connections, incorrect settings or misaligned wiring. So if your car keeps going off at night and you've got a home-installed alarm, it's worth investigating.

Your car's battery powers all the electrics in your car, including the alarm. When the battery starts to run out of juice, the alarm might go off to tell you that the battery needs fixing.

It's a cruel irony, then, that having your car alarm go off all night is likely to drain your battery!

Check your battery levels to make sure you've got enough power. It's also worth checking the battery terminals for rust and corrosion too. Anything that might disrupt the connection to your battery could be responsible.

If your car battery is low or completely drained, you might have to jump start it to get it to a garage.

Modern cars seem to have sensors everywhere, and the more tech you have, the more sensors there are.

Many of these sensors are there to prevent a break in, including:

If any of these sensors becomes blocked or damaged, it could send a faulty signal to the car. This could cause the alarm to go off, even when nobody is nearby.

Check your car's manual to locate the sensors on your car. Make sure they're clear of dirt and debris. If that doesn't work, see if you can reduce the sensitivity of certain sensors.

The problem could be with the wiring that connects to the car's electronic control unit (ECU). If these wires aren't in good condition or aren't connecting right, they might trigger the alarm.

This might be the case if your headlights flash as the alarm is going off. Or if another part of the car acts up at the same time.

How do I turn my car alarm off?

Sick of waking up in the middle of the night to the sound of your car alarm blasting? Here are some things you could try:

What to do if my car alarm keeps going off

If your car alarm seems to be going off often, it might be time to get it checked. It's worth taking the car to a qualified mechanic, as there could be an underlying problem. If your car is new or you've bought a new aftermarket alarm, it might still be under warranty.

It's best to nip these problems in the bud as early as you can. If you’ve had to make a car insurance claim and your alarm was faulty, your insurer could invalidate your claim.

You might find yourself to be unpopular among your neighbours if you're the one keeping them up all night. And if the problem goes on for long enough, your council could declare it a noise nuisance. This risks having your car towed, and you having to pay to get it back.

You might also have to pay back costs of any investigation carried out by the council as part of the complaint. So, to save your wallet, it's worth fixing the problem sooner rather than later.

If the sound of a neighbour's car alarm is waking you up at night, here are some things you can do to help solve the problem:

If the alarm is going off because someone is breaking into or stealing the car, report it to the police. If you see the crime taking place, call 999. Otherwise, call 101 to report the crime.

If it keeps going off for no reason, it's worth finding and speaking to the driver.

It could be that they're not aware that it's their car that's going off all night. They might be as annoyed as you, but don't know that their car is the problem. As with all neighbour disputes, being friendly and talking to each other is the best way to fix the problem.

What if the problem persists or the neighbour isn't helpful? You can contact the environmental health team at your local council for more advice.

A persistent car alarm could count as a statutory noise nuisance, especially if it keeps going off at night.

Your local council should be able to give you more information on what to do next. They might even investigate or mediate on your behalf.