How to fight your parking fine 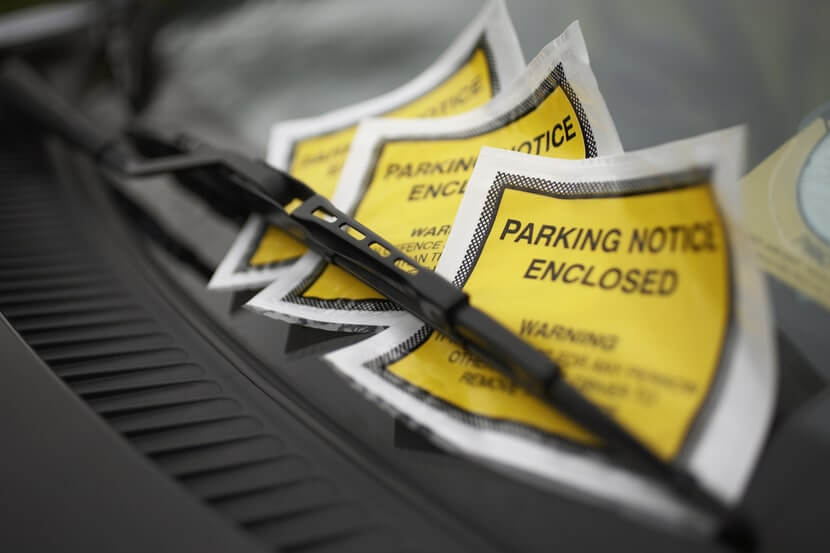 If you’ve just received a parking fine through the post or stuck to your car, you could consider making an appeal.

Fines might often be lower if you pay quickly, but you could still retain the discount even if you choose to challenge your parking ticket.

You shouldn’t pay a parking ticket if you plan to appeal or while an appeal is in progress.

However, once you’ve exhausted your appeal options, it’s usually best to pay up fast as charges can increase and you can also incur court costs.

10-minute grace period to be introduced

Council car parks are required by law to give you a 10-minute grace period when you’re parked in a bay.

It means you can’t be issued with a fine just for being a few minutes late arriving back to your car.

Some private car parks have also adopted the 10-minute grace period voluntarily, which is the case with parking companies that are members of the Accredited Trade Association (ATA).

In the meantime, you can check if a private car park is a member of the ATA by visiting the British Parking Association (BPA) or International Parking Community (IPC) websites.

If a non-ATA member attempts to fine you for only staying over the time by a few minutes you could still appeal the ticket.

The type of parking ticket and who has issued it affects your appeal options. You should inspect the parking ticket so you know what kind of ticket it is.

Fixed Penalty Notices (FPN) for parking are typically issued by the police. Parking fines usually fall into the ‘non-endorsable’ category of FPNs, which means that you shouldn’t get any points on your licence.

However, you could get points on your licence via a parking FPN if you’ve left your vehicle in a dangerous location.

As well as the police, FPNs for parking can be issued by the local council or Driver and Vehicle Standards Agency (DVSA).

The cost of a FPN can vary, though if you don’t pay the fine within 28 days the penalty often increases by 50%.

If you end up with points on your licence after getting an FPN, you could see your car insurance costs rise next year.

However, these can also be issued by Transport for London if you park along the capital’s so-called red routes.

Drivers often confuse them with Penalty Charge Notices as both types of ticket can use the acronym PCN.

Before we go into it, it’s worth saying up front that you should only appeal a parking ticket if you genuinely believe that you shouldn’t have had it.

If you want to challenge a Penalty Charge Notice (PCN), the first step is to write to the council that issued it.

Although this is usually done in writing, this part of the process is known as the ‘informal appeal.’

You have 14 days to lodge the informal appeal but this rises to 21 days if you received the PCN in the post.

You might want to include evidence you think is relevant with your letter to the council.

If you can provide valid evidence it might increase your chances that the local authority upholds your appeal and bins the parking ticket.

Photos and/or witness statements that back up your story should be helpful.

If the council rejects your informal challenge, you should get a letter from them entitled ‘Notice to Owner,’ giving you 28 days to mount a formal appeal.

However, you should normally still get the 50% discount at this point if you decide to pay the parking ticket instead.

If you choose to make a formal appeal to the local authority, you should  include all your evidence, including any relevant documents as well as witness statements and photos.

The council should notify you within 56 days on the outcome of your formal challenge – they should cancel the ticket if your appeal is successful.

But even if the council reject your challenge, the appeal doesn’t have to end there.

Appealing to the adjudicator

Where the formal challenge is unsuccessful, the council should send you a ‘Notice of Rejection’ letter.

This outlines how you can still challenge the parking ticket through an independent adjudicator.

There’s no need to actually meet the adjudicator in person – you should be able to submit all the evidence and reasons for your appeal in writing.

It’s usually easier and quicker to do this online at the Traffic Penalty Tribunal portal, or if you live in London at the London Tribunals website.

If the adjudicator sides with you, then well done! Otherwise, it’s time to pay the fine and move on.

When it comes to challenging a Fixed Penalty Notice (FPN), there are generally fewer avenues open to you as compared with a Penalty Charge Notice.

Not all police areas allow you to make an informal appeal against an FPN, so the first step is to contact the local police concerned to see if they consider informal appeals.

Alternatively, if the FPN was issued by the council, you could make an informal appeal through a letter to them, including any evidence you think is relevant.

If your informal appeal FPN appeal is rejected, in most cases you’d then pay the fine.

Otherwise, you might have to request a hearing in a magistrate’s court and be prepared to enter a not guilty plea.

Losing the court case would also mean the fine itself increases and you might have to pay court costs.

If you’re still determined to challenge an FPN in a magistrate’s court, then you should seek independent legal advice.

Although ECNs are issued by local authorities rather than the police, there are fewer routes of appeal open to you versus a Penalty Charge Notice.

When you get an ECN you usually only have seven days to make an informal appeal.

You might include any witness statements, photos and any other documents with your appeal letter to the council, clearly explaining the reasons why you think the parking fine should be cancelled.

Should the council reject your appeal, you could then pay the fine – you should still be able to get a 50% discount at this point.

Alternatively, another option is to argue your case in a magistrate’s court, pleading not guilty and make a convincing argument as to why the parking fine should not stand.

As with an FPN ticket, you run the risk of incurring additional costs alongside the original fine if the court rules against you.

How to appeal a parking ticket on private land

You could make an informal appeal against a Parking Charge Notice.

As with other informal appeals for parking tickets, you might include supporting evidence such as photos, witness statements and copies of any other relevant documents.

The Parking Charge Notice left on your car or sent to you through the post from the parking company should provide an address where any appeals are to be sent.

If the notice was not left on your car, the company must send it to you within 14 days of when you were parked on the private land.

Provided the parking company is an accredited trade association (ATA) member you could lodge a formal appeal if they reject your initial challenge.

If the company is a British Parking Association (BPA) member you could submit a formal appeal to the adjudicator through the Parking on Private Land Appeals (POPLA) portal.

If the firm is a member of the International Parking Community (IPC), then you could go to the Independent Appeals Service.

You must lodge formal appeals on tickets issued by BPA members within 28 days of them rejecting your initial appeal.

With IPC members, you have 21 days to make a formal appeal free of charge, though you could still submit an appeal within one year if you pay £15.

Should the formal appeal be rejected, you might be advised to pay the fine.

Adjudicators are trained in legal principles, so if the private parking company takes you to court, there’s a chance the judge might form the same opinion as the adjudicator.

If you lose the case, you could also be saddled with court costs and possibly a larger fine.

Should a private company fix a Parking Charge Notice to your car, it’s important to find out if they’re an accredited trade association (ATA) member.

You can do this through the British Parking Association (BPA) or International Parking Community (IPC) websites.

If they are not an ATA member, then you should not make first contact with the company. Companies need to be a member of the ATA to get your details from the DVLA.

If they aren’t, it’s unlikely they’ll have access to your name and address. This is necessary information if they want to pursue you for the fine.

Should you get a letter from a non-ATA member, then it’s possible that they’ve obtained your address illegally.

You could informally appeal a Parking Charge Notice from a non-ATA member but there’s no independent adjudication process.

However, if you make a decent informal challenge, clearly stating the reasons why the charge should be cancelled and including any evidence, the company could back down.

There’s no rule when it comes to the grounds for appeal you could use when challenging a parking ticket.

However, there are some common grounds for appeal if you can provide some proof. Where possible you should always back up the reasons for your appeal with evidence.

This might be because the signs have faded with age or due to shrubs/trees not being properly maintained.

It could support an appeal on the grounds that you were simply unaware of the parking requirements/restrictions.

If a parking company or council is relying on CCTV or automatic number plate recognition, signage must clearly state that this is the case.

You could also take photos of signs/road markings as evidence to support your appeal.

It might be that you were unable to pay simply because a parking machine was out of action.

Using your phone to take a picture of the machine in question could give you the evidence you need with this sort of appeal.

But your challenge could fail if the car park was clearly displaying a sign telling you not to park there when it’s not possible to make payment.

If your car breaks down and you're waiting for a rescue response, then this could be considered grounds for appeal.

You followed the rules

Your parking ticket should of course be cancelled if you in fact followed the parking rules and you’ve effectively been issued a penalty/charge notice in error.