Skip navigation
Retrieve a Quote My account
You are here:
01 Jul 2021 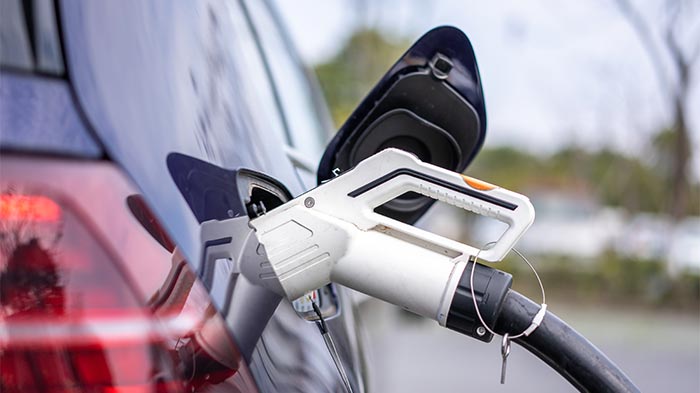 Environmental issues are at the top of the global agenda these days. So, what can eco-friendly drivers do to help boost their green credentials?

The battle to tackle climate change is underway with the UK Government pledging to hit its ambitious target of net zero carbon emissions by 2050.

We can all play a part in helping the environment. Whether it’s recycling plastic, embracing renewable energy, or opting for an electric car.

Here’s our guide to embracing a greener motoring life.

Green car changes on their way

It won’t be long before drivers won’t have any other choice than to buy a so-called ‘green car’.

The government has already announced the end of new petrol and diesel cars for sale by 2030.

This will be introduced in stages. The first step will see all new cars and vans being fully zero emission at the tailpipe from 2030.

Then, between 2030 and 2035, you can buy new cars and vans if they have the capability to drive a significant distance with zero emissions. This should include plug-in and full hybrids.

What is green car insurance?

Some insurance companies are pledging to help the environment by offsetting carbon emissions if you take out one of their policies.

In exchange for you buying  their policy, they promise to offset a percentage of their CO2 emissions by investing in global environmental projects.

Examples include rainforest protection schemes and the provision of safe drinking water in countries where this is a problem.

What is considered a green car?

The term ‘green car’ has become an umbrella term covering vehicles that aren’t 100% powered by traditional petrol or diesel engines.

Obviously the most green solution is buying an electric vehicle – and there’s now plenty of choice available.

Virtually every major manufacturer is competing in this marketplace and you can find everything from little city cars to family transporters.

Of course, there are issues such as battery life. This could make them impractical for drivers who clock up high mileages every day.

But you could hit that a middle ground with a hybrid that combines a normal petrol or diesel engine with an electric motor and batteries.

This means they use less fuel and produce lower CO2 emissions. While the tax benefits aren’t as attractive as on electric vehicles, there are still benefits.

Owners of electric and zero-emission vehicles have been able to buy the brand new green number plates since December 2020.

The scheme could result in a range of benefits for owners of fully-electric models. The government has hinted at cheaper parking and special zero-emission zones.

At the time, Transport Minister Rachel Maclean said there’d never been a better time to make the switch to a zero-emission vehicle:

“Not only will green number plates raise awareness of the increasing number of cleaner vehicles on our roads, but they could also unlock a number of incentives for drivers.”

You can retrofit the new number plates to any existing vehicles, including:

This is as long as they emit no CO2 emissions at the tailpipe.

These plates have a green flash on the left-hand side. You can combine them with the Union flag and national identifiers already permitted by the regulations.

No, you don’t  necessarily have to get a specialist policy.

There are electric car insurance policies available. But this is a key area of growth for the insurance market and most companies should offer cover.

Is it expensive to insure my green car?

This depends on the insurer.

It’s generally the case that insurance costs could be higher than traditional petrol and diesel cars as it’s insuring new – and potentially more expensive - technology.

But some studies have suggested that insuring eco-friendly vehicles has become cheaper. It’s worth shopping around to find a price that suits your situation and your wallet.

What are the benefits of having an eco-friendly car?

For this we’ll need to consider both electric and hybrid vehicles.

For starters, you could get a discount on the price of new low emission vehicles through a government grant.

You can get a full list of vehicles that qualify at GOV.UK.

Now for the broader benefits.

A fully-electric vehicle might only cost a few pence per mile to run. If you’re doing lots of local trips this can make it very attractive.

You might also benefit from no vehicle excise duty (car tax) and free parking in many local towns. In addition, there’s no congestion charge for owners of vehicles capable of zero emissions.

There are benefits with various hybrids, too. They’re usually cheaper to run than traditionally powered vehicles. And the engine can kick in when you need it, making longer journeys possible.

Is there a demand for green vehicles?

Yes. It was a bumper year for battery and plug-in hybrid electric cars during 2020, according to The Society of Motor Manufacturers and Traders (SMMT).

Its data revealed that these cars together accounted for more than one in 10 registrations – up from around one in 30 in 2019.

The SMMT believes there’s room for growth as 68% were for company cars. This indicates that private buyers need stronger incentives to make the switch.

Top tips to be a greener driver

There are other things you can do to be eco-friendly:

We’re not suggesting you start taking out seats. But a heavier vehicle burns more fuel as the engine will need to work harder to get it moving.

While it might seem bizarre to think the extra suitcase will have a negative effect, every little counts.

Look to fill any free seats in your car. Not only will car sharing reduce the number of vehicles heading in the same direction but your passengers can chip in with petrol money.

Just make sure you’re not turning a profit on your generosity, as this counts as ‘hire and reward’ and could void your insurance policy.

Under-inflated tyres cause drag. This means your car’s engine will have to work harder to get them turning properly. The result is you’ll likely use more fuel.

Optimum pressures vary between tyres. But the suggested amounts – for varying passenger numbers – is usually printed on the inside of the driver’s door.

If your car has an on-board computer then it’s easy to see how many miles per gallon you’re averaging. You can also see how the way you drive affects this figure.

Don’t turn on the air conditioning

Yes, this could have a detrimental effect too. The temptation to enjoy a blast of icy cold air is overwhelming on hot journeys.

But this might make your engine work harder and consume more fuel.

Keeping a constant, steady speed is ideal if you want to minimise trips to the petrol station. Focus on smoothly pulling away, rather than constantly accelerating and braking.

Book in for a service and ask the garage to check your emissions. If there’s a problem with your exhaust system then you could be putting harmful fumes into the atmosphere.

Avoid travelling at peak times as this could mean sitting in long queues with the engine idling. It’s worth checking out whether an alternative route may be quicker.

Attaching boxes to your roof could lead to more drag and higher fuel consumption. It’s a similar situation with bike racks.

Keep your as clean and aerodynamic as possible to help your fuel economy.

For more information, check out our tips on being an eco-friendly driver.

Compare car insurance for electric cars and see how much you could save.