Bus lane rules: What you need to know

Bus lanes are a fixture in cities and towns across the country. For motorists, that means more opportunities for confusion, because not all bus lanes have the same rules. 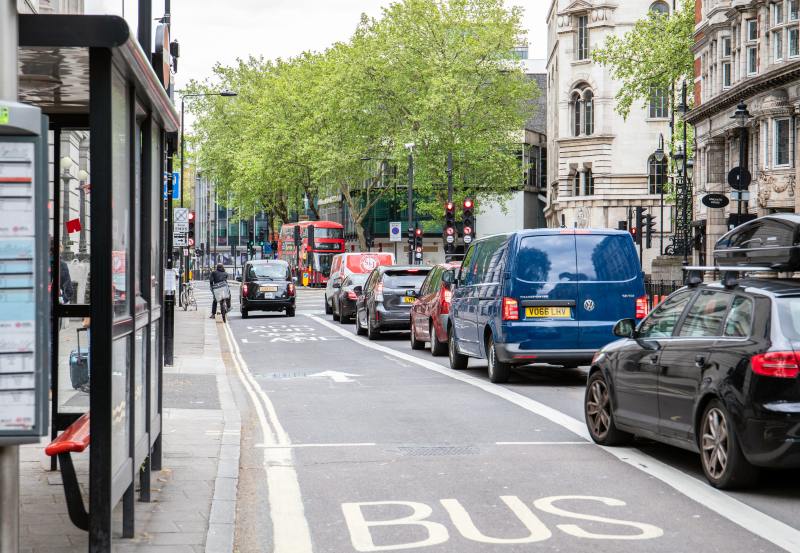 What the law says about bus lanes

Bus lanes are shown by road markings and signs that indicate which (if any) other vehicles are permitted to use the bus lane.

Unless otherwise indicated, you should not drive in a bus lane during its period of operation. You may enter a bus lane to stop to load or unload where this is not prohibited.

This can vary and often depends on the area you’re in, so make sure you check before using a bus lane. Usually, the following vehicles are allowed to use them:

How do I know it’s a bus lane?

Bus lanes have a solid or dashed white line, with a sign that shows the specific type of bus lane.

Some bus lanes have operating times, which you'll find on the signs near the lane.

Many bus lanes are in operation 24 hours a day, which means unauthorised vehicles can't drive in them at all.

If you’ve noticed a sign stating that restrictions don’t apply at a certain time, and you're clear on the rules, then you can use the bus lane. If you’ve missed the sign or if you're unsure, remember these key points:

Yes, if the bus lane specifies times when other vehicles can use it.

If the bus lane sign doesn’t indicate there are times when you can use it, you can’t use it at all.

Just to make things even more confusing, in some places some bus lanes are in operation for 24 hours a day while others allow you to use them at certain times. That’s why you should always check the signs.

In some areas, even if the bus lane doesn't allow other vehicles, you can use a bus lane. But this only in specific special circumstances:

If you enter a bus lane for one of these reasons, make sure you leave it again as soon as it's safe to do so.

If you use a bus lane incorrectly, you could be issued with a penalty charge notice (PCN), which is a fine.

The size of the fine varies across the UK. Typically the fines are highest in London and can be well over £100. You usually get a 50% discount if you pay within a certain number of days though.

It’s a civil matter rather than a criminal offence, so it's unlikely to involve points on your driving licence. It shouldn't impact your car insurance either.

But it means that incorrectly using a bus lane can be as needlessly expensive for you as belting past a speed camera or parking illegally.

This is a stretch of road that creates a shortcut for buses. It reduces travelling time for passengers as it cuts out through traffic.

But, as with a bus lane, you shouldn’t use it unless you’re specifically told you can, otherwise you might get a PCN.

How do I challenge a bus lane fine?

To contest a PCN, visit the website of the local authority that issued it, or follow the instructions on the PCN itself. If you decide to dispute the penalty, the cost of the fine freezes until the case is resolved.

But if you wait until after 28 days to appeal your PCN, your appeal won’t be considered. You then have to pay the full amount without any early-settlement discount.

What happens if I ignore a PCN?

If you ignore your fine or fail to pay, the local authority can get it listed as a debt at a county court. You’ll be charged an admin fee for this.

If you still fail to pay the PCN and the related costs, the county court can instruct bailiffs to seize possessions from your home to cover the outstanding amount.