Skip navigation
Retrieve a Quote My account
You are here:
24 Aug 2020

How to remove scratches and fix dents on your car 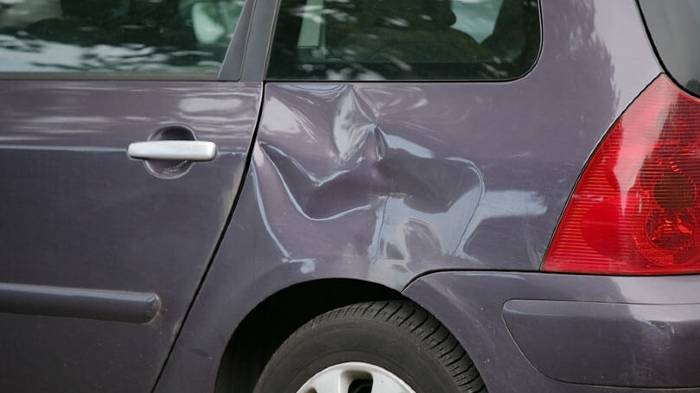 You’ve scratched or dented your car, but want to try and save you some cash by fixing it yourself. Here’s how you go about it.

How to fix a scratch

Before you attempt to fix the scratch on your car, you need to see how deep it is. With paintwork, there are three layers: primer, base coat and clear coat.

If the scratch is in the top two layers (base or clear coat) then it’s worth trying to fix it. If it’s gone through to the primer layer, or if you can see the metal bodywork, you’ll need to get the professionals to fix it.

Before heading out to buy a scratch repair kit, grab the toothpaste from the bathroom. If it’s a whitening toothpaste, even better.

If the toothpaste trick hasn't worked, you can find scratch repair kits from specialist retailers. From the simple T-Cut (works like the toothpaste method) to kits for specific manufacturers or colours.

The products range from about £6 up to £40. Whereas if you took your car to a garage to be repaired, you’d be looking at hundreds, depending on how deep the scratch is.

How to fix a dent

If you have a dent, the first thing to do is asses it. How big is the dent? Is it neat or very crumpled? Is there damage to the paint work?

If it’s a fairly clean or simple dent, you might be able to fix it. If there’s damage to the paintwork, you might well need to get the professionals involved.

Or if the damage isn't too deep into the paint, try our fixes suggested above.

Fill up your kettle and put it on, but stop it before it boils. Or get a bucket and fill it up with hot water from the tap. Take it to the car and pour it over the dent.

If it’s a simple dent, the metal might flex and pop back into shape.

It’s always worth trying this first as it’s a pretty easy solution and sometimes works.

Next up, you’ll need a plunger that’s smaller than the dent. If the dent is pretty small, you could use the suction cup from an in-car mobile phone cradle.

Use a little water on both the plunger or suction cup and the car to help create a seal. Push it all the way down to get the air out and pull hard. Hopefully the dent will pop out and the job’s a good’un.

Pushing the dent out

This one is much more time consuming and not always possible, depending on what panel the dent is on.

For example, if the dent is in the door you might well be able to do this as you can easy access the other side of it.

If pulling the dent out and the hot water has failed, you’ll need to remove the inside of the door.

This will be time consuming and maybe a bit tricky. But once you have access to the dent, you should be able to pop it back into shape.

Just make sure to keep tabs on all the screws you remove and that there’s none left over when you’ve put it back.


At what point should I call the garage?

With a scratch, it all depends how deep it is. If it’s through to the primer level, or if you can see the metal bodywork, then you’ll need to take it to a garage.

Or if your attempts to fix the scratch haven’t worked, it’s then best to get the professionals involved.

With a dent, it’s much the same. If your attempts to fix it haven’t worked or if it’s a pretty serious dent, you’ll need to take it to a garage to get it fixed properly.

Don’t be afraid to get quotes from many garages, their prices might differ a lot and you could save yourself a few pounds.

Our friends at WhoCanFixMyCar.com tell us the average cost for fixing a scratch at the garage is £309.99 and dent removal is even more. So it's worth shopping around for prices.


When is a good time to tell my insurance provider?

Ideally, yes. You have a duty to tell your car insurance provider about all incidents you have in the car, whether you’re claiming or not.

Even small incidents, like reversing into a bollard, scratching the side of your car along a wall, or vandalism. They all build up your risk profile.

All incidents, regardless of whose fault it is, are likely to increase your premium. It may not increase a lot, but it’s likely to affect your premium all the same.

If you’re ever in doubt, check the terms and conditions in policy to see what your insurer says.