How to remove scratches and fix dents on your car

You’ve scratched or dented your car but you want to try to save some cash by fixing it yourself. Here’s how you go about it. 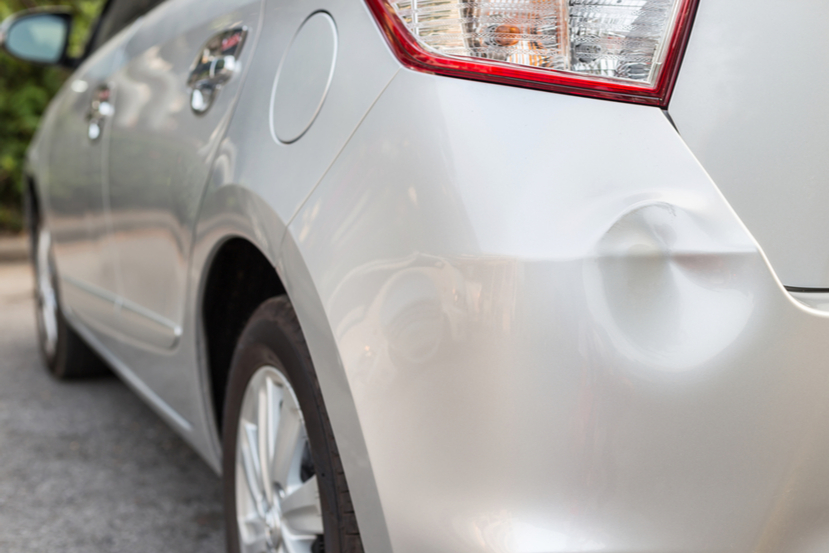 How to fix a dent in a car

However, if there’s also damage to the paintwork you might need a professional car dent repair.

It’s always worth trying this first as it’s an easy solution when it works.

Fill your kettle and switch it on, but stop it before it boils. You can also get a bucket and fill it with hot water from the tap. Take it to the car and pour it over the dent.

If it’s a simple dent, the metal might flex and pop back into shape.

Grab a plunger that’s smaller than the dent. For small dents you can always try the suction cup from an in-car mobile phone cradle.

Put a little water on both the plunger or suction cup and the car to create a seal. Push it all the way down to get the air out and pull hard.

With a bit of luck, the dent should simply pop out!

Fixing a dent with a vacuum cleaner

Taking the suction approach one step further you can try using a bucket with a hole in it to create an airtight vacuum over the dent. Place your vacuum cleaner over the hole and switch it on. This should ‘suck’ the dent out, though you might need a professional or industrial vacuum cleaner.

Pushing the dent out

If hot water or suction doesn’t work you can try pushing the dent out. This method is more time-consuming and only possible if you can easily access the other side of the dent.

If it’s a dent on a door panel it might just work. It can be fiddly to remove the inside of the door, but if you can it’s then reasonably straightforward to push the dent out.

Just make sure to keep tabs on all the screws you remove, and check that there are none left over when you’ve put the door back together.

Fixing a dent with wood and glue

This approach uses glue and wooden dowels to create a ‘handle’ to pull a dent out. It’s a bit fiddly but worth considering for large or odd shaped dents. Test your glue gun in an inconspicuous area first just to check it doesn’t damage your paintwork.

There are a number of different types of car dent repair kits available to buy. These include kits that use pushing, pulling or tapping techniques for dent removal in cars and include the tools or equipment you need.

Should I repair dents myself?

If you’re confident in your abilities and the damage isn’t too extensive, then you could have a go at fixing it yourself. Just be aware that if you somehow make it worse, it could be an even more expensive repair bill to get it fixed professionally.

If you’re in any doubt about it, it might be worth speaking to a professional.

Before you attempt to remove any surface scratches on your car you first need to see how deep they are. With paintwork, there are three layers:

If the scratch is in the top two layers - the base or clear coat then it could be worth trying to fix it yourself. If it’s gone through to the primer layer, or if you can see the metal bodywork, you probably need to get a professional car paint scratch repair.

How to fix scratches on a car

There are a couple of easy - and cheap - ways to remove car scratches yourself, but how well they work depends on the damage.

You can buy scratch repair kits. But before you head to the shops, grab some toothpaste from the bathroom. If it’s a whitening toothpaste, even better. Give this a try:

If the toothpaste trick hasn't worked, you can find scratch removal kits from specialist retailers.

These range from the simple T-Cut, which works like the toothpaste method, to kits for specific manufacturers or colours. Some kits include buffing pads that need to be fitted to an electric drill.

The products range from about £6 up to £40. Though if you took your car to a garage for scratch removal, you could be looking at spending hundreds of pounds, depending on how deep the scratch is.

Should I call a garage to remove a scratch or dent in my car?

If car dents and scratches are minor you might be happy to live with them. However, if they’re more serious and impair your driving or you simply want your car to look its best a garage can always do a professional repair. Compare garages to find one that suits -  you might need one that specialises in bodywork.

Prices vary a lot, so always get a handful of quotes before you book it in.

Our friends at WhoCanFixMyCar.com tell us the average cost for fixing a scratch at a garage is just over £300, and dent removal is even more. So, it’s always worth shopping around for the best price.

Do I have scratch and dent cover with my car insurance?

As a rule of thumb, yes. Most car insurance policies should cover you for scratches and dents. In fact, there are some policy features specifically designed to cover you for this sort of damage.

If in doubt, check your policy details to see if you’re covered.

Should I claim on my car insurance for scratches and dents?

Whether you should claim on your car insurance isn’t so clear-cut. Depending on the cost of the repair work and the excess you have to pay on each claim, it might not be worth it.

This is particularly likely if you have selected to pay a higher voluntary excess to keep your premiums down. After all, there’s no point claiming to pay a £300 repair bill if your excess is also £300.

If you do ask your insurer to pay up, you might be hit with higher insurance costs when you renew your policy. You also risk losing your no-claims bonus.

In some ways it sounds daft having an insurance policy that you don’t claim on when something goes wrong. But make sure you know what the overall cost of claiming should be. This includes the excess and the possibility of higher premiums in future – before making the call.

In the long run it might be cheaper to fix it without putting in a claim and keep your insurance for costlier repair bills.

Do I need to tell my insurance provider about a scratch or dent to my car?

Yes - you have a duty to tell your car insurance provider about any incidents you have, whether or not you’re claiming.

Even small incidents such as reversing into a bollard, scratching the side of your car along a wall or vandalism build up your risk profile.

The downside is that letting your insurer know about these sorts of incidents could see your premiums go up.

But if you don’t tell your insurer and you have a more serious incident in the future, your insurer might spot some earlier damage that you hadn’t told them about.

Then you might face having your claim rejected, or having any pay-out reduced. If your insurer thinks you misled them deliberately, it could invalidate your policy.

If you’re in doubt about what you should tell your insurer, check the terms and conditions in your policy document.