Skip navigation
Retrieve a Quote My account
You are here:
12 Mar 2019

Looking for a new small van? Here's our round up of the best models for 2019. 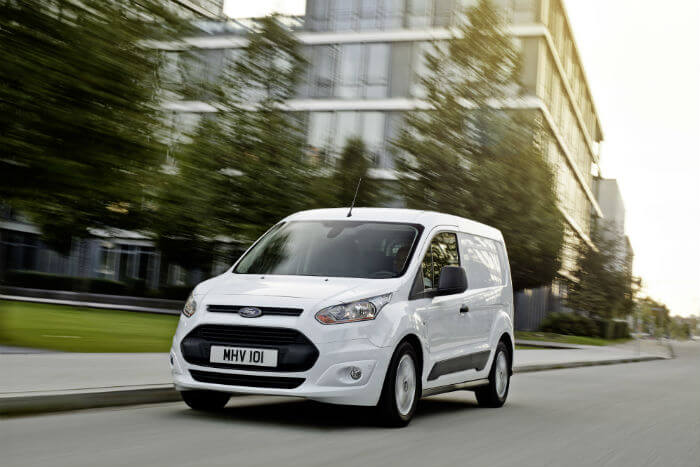 Vans are essential tools for many businesses – but it’s important to pick one that meets your needs.

After all, what’s the point in buying a massive, fuel-guzzling beast with a huge payload if you’re only transporting yourself and a few tools?

In many cases, one of the many smaller vans on the market may be ideal. Not only are they likely to be cheaper to insure and run, but their size makes them perfect for nipping between jobs and finding somewhere to park in busy town centres.

With so many vans on the market, finding one that suits the needs of your particular trade can be somewhat confusing. We're here to help you out.

The most obvious starting point is the requirements of your trade. Are you transporting specific items? What access do you require? Are you doing lots of deliveries? Have you got best an array of tools to carry? Will it be just you in the van or a crew?

These questions will help dictate the size and key needs. For example, if you’re constantly on the road you should focus on something that’s ultra-economical.

If you have a team of people, however, then opt for one that carries up to five people.

It also depends on where your business is based. If you’re a handyperson spending your day hurtling between jobs, then something nimble to get through traffic is essential.

If you’re on site all day, however, then that’s not so much of a concern.

Read more: How to save on your van insurance 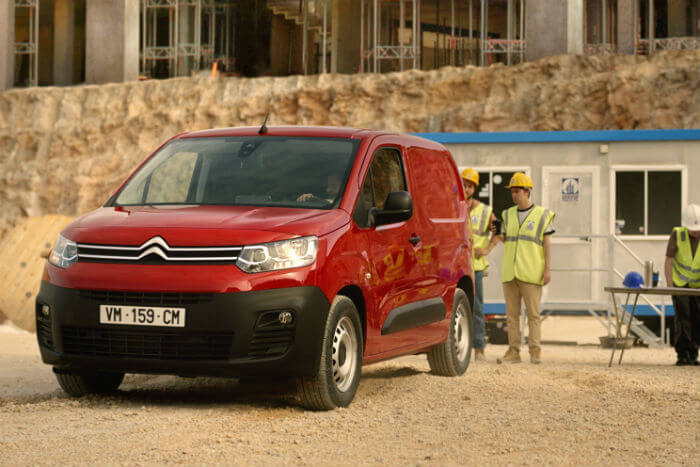 It’s won awards – International Van of the Year and What Van? LCV of the Year are among the accolades received - and it’s easy to see why.

It looks good, boasts a practical box-like shape and comes in a variety of forms.

For example, the Worker version has three seats in the front and a mobile office, while the Driver model is designed for those travelling long distances.

This hugely practical van is now in its third generation, having first arrived on the scene back in 1996.

Since that time more than 1.5 million have rolled off production lines, which is a testament to its popularity.

Benefits include one or two sliding doors – useful for delivery drivers - and an overload indicator available on some versions, which tells you if your payload has been exceeded. In addition, the Loading Pack offers enhanced LED lighting and a 12V socket.

Yet another great looking van from Ford and one that has won plenty of plaudits from industry observers, with particular praise for its high weight carrying abilities, excellent seating and all-round good looks.

The Transit Connect, which replaced the Escort van back in 2002, comes in short and long wheelbase versions. This equates to a payload capacity that ranges from 579kg to 865kg – the upper end being ideal for tradespeople that carry plenty of equipment.

As with many modern smaller vans, it’s well equipped in the cabin, with the Ford SYNC 3 system providing a hands-free way to stay connected and control your phone, music and navigation. This can be used via voice command or a 6” colour touchscreen.

The Connect can also be equipped with other gadgets, including the FordPass Connect modem, which has Wi-Fi for up to 10 devices and real-time traffic updates delivered to your satnav system. 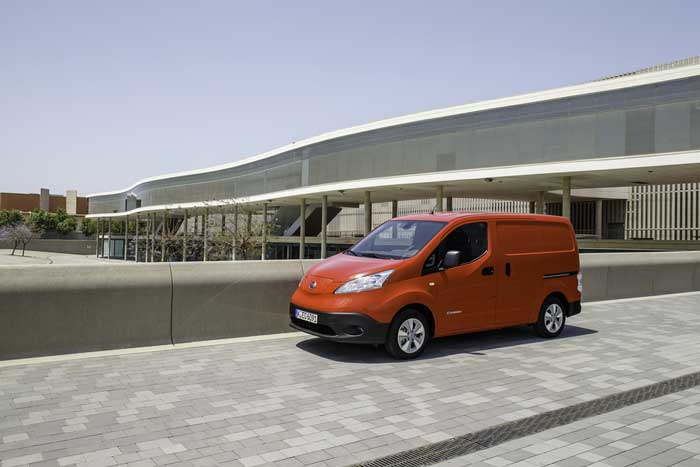 If sustainability and protecting the environment is important for you and your business, then the Nissan e-NV200 might be the best option.

This van is 100% electric and its range of between 124 and 187 miles makes it ideal for florists making local journeys.

You will also benefit from various incentives, such as the UK plug-in car grant – which brings down the price of vehicles, as well as zero road tax and no congestion charge. If your business regularly takes you into London then this is will be particularly attractive.

Of course, charging is important. Using a domestic plug will take about 21.5hrs, but this can be reduced to 7.5hrs via fast charge at the office.

Using a rapid charge on the move, meanwhile, can charge it from 20-80% in less than an hour.

Aside from the electric benefits, the van is attractive, while its shape maximises every available inch of space.

You can also choose between Visia, Acenta and Tekna versions, depending on if you want cruise control, speed limiters and automatic wipers. 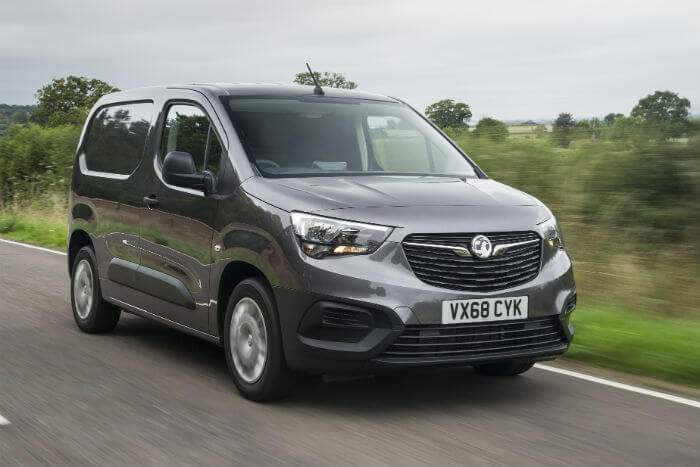 There’s a lot to love about the Vauxhall Combo Cargo, which shares its platform with both the Citroen Berlingo and Peugeot Partner.

As well as being available in two sizes, there’s also a crew cab version that can fit up to five people.

A maximum payload of up to 1,020 kg enables you to pack the van full of tools, while there are 15 storage compartments tucked around.

This makes it ideal for trades such as electricians who need to carry numerous plugs, sockets and wiring with them.

There’s also the Flank Guard system which alerts you to obstacles such as barriers and pillars.

The combo cargo is also very versatile. For example, if you opt for the crew van option – in which you get two seats in the front and three in the second row – you can fold down the latter to enjoy a maximum load length of 3.44m. 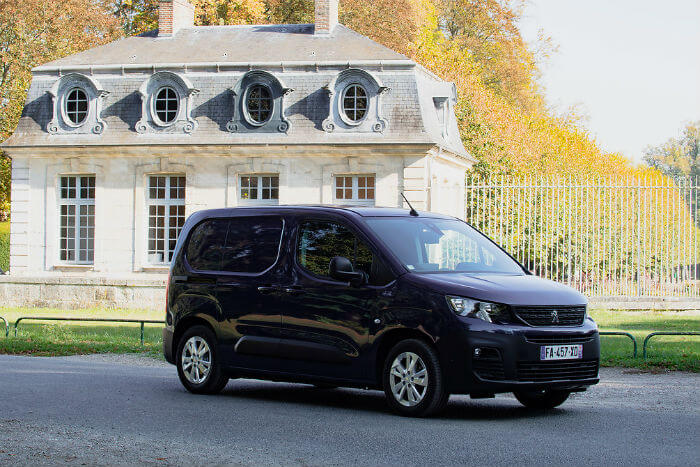 It’s one of the best-selling small vans in the UK – and this trend is expected to continue with the release of the third generation.

Millions of these vans have been sold over the past 20 years and the latest incarnation takes on board all the lessons learned.

The latter, being top of the range, offers a host of extras such as an automatic electronic parking brake, a 220V socket, and a driver’s seat with a vast array of adjustments.

Different versions will suit particular jobs. For example, if you’re on motorways for long distances then Asphalt is probably your best option, with its pivoting writing table, connectivity and driver assistance systems.

If you’re spending a lot of time on rough terrain then the underbody protection plate and increased ground clearance of the Grip will be beneficial.

If you are transporting a number of people it will be the crew van and if you’re carrying heavy loads then go for the Professional. 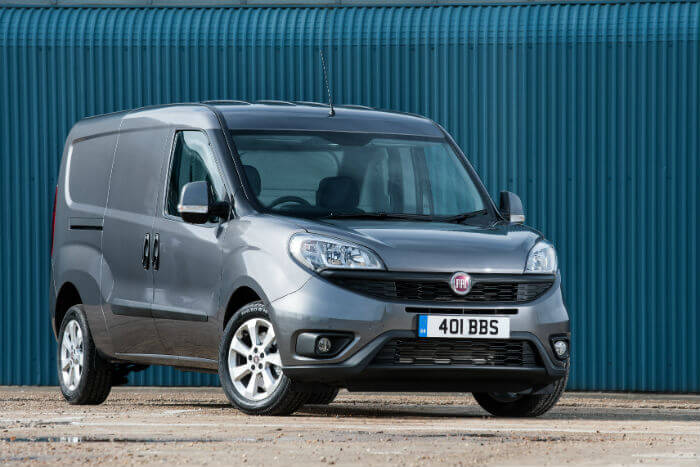 It might not be the most beautiful van on the market and it certainly doesn’t get as much credit as it deserves, but it’s definitely worth considering.

Coming in a range of body styles, it offers plenty of durability and versatility.

You can choose between a panelled van, as well as versions with one or two sliding doors, as well as those with windows on the side and even in the roof.

Of course, there are also plenty of accessories you can buy. For example, side ladder holders on the roof bars – ideal for window cleaners - as well as roof racks and a loading roller that makes it easier to attach bulky items.

Safety features included as standard include cruise control and a speed limiter, while the TPMS system continually monitors the tyre pressure and alerts you via the on-board display if any have gone down.