The best road safety videos from your childhood

Remember singing along with the hedgehogs to ‘King of the Road’ back in the 90s? Sadly, not all road safety adverts have aged so well. 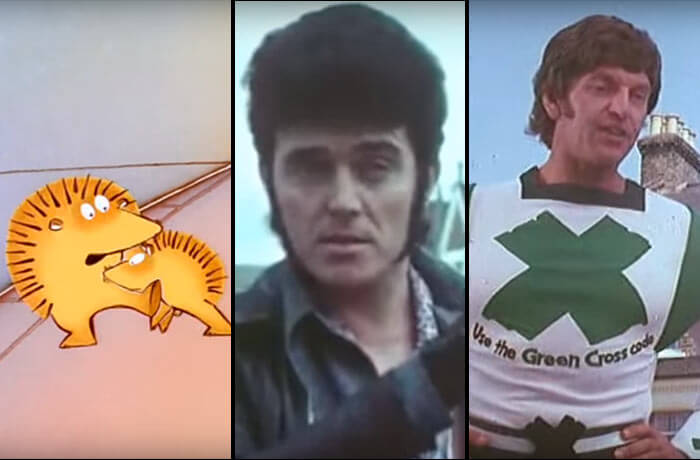 Buckle up for a trip down memory lane as we walk drive you through some of the most memorable - or most haunting in hindsight - road safety adverts of the last 40 years.

After four decades of trying to terrify kids, the hedgehog ads tried a more light-hearted approach to road safety.

Though hedgehogs aren't exactly famous in that area.

Before the karaoke hedgehogs, SuperTed took a break from Creepy Castle to teach his pal how to cross the road.

Altogether now: "Not behind the bus Spotty!"

Who better than the Flintstones to teach us about road safety?

Because if you get hit by a car made of stone, you’re going to feel it in the morning.

What's better than learning your blinking pelican signals with the lads from Dad’s Army?

Though Mr. Rogers should have known better.

In the 70s the Bristolian who played Darth Vader gave us the Green Lantern of road safety.

"I find your lack of road awareness disturbing".

Before that, Tufty and the gang taught road safety with eerie animations and the clumsy Willy Weasel.

Green cross man would have a thing or two to say to naughty Willy.

The sort of chap you could bump into any time.

First published on the 1st of March 2016