Skip navigation
Retrieve a Quote My account
You are here:
30 Jul 2018

Here’s 8 shocking sinkholes from around the world, including Neath. 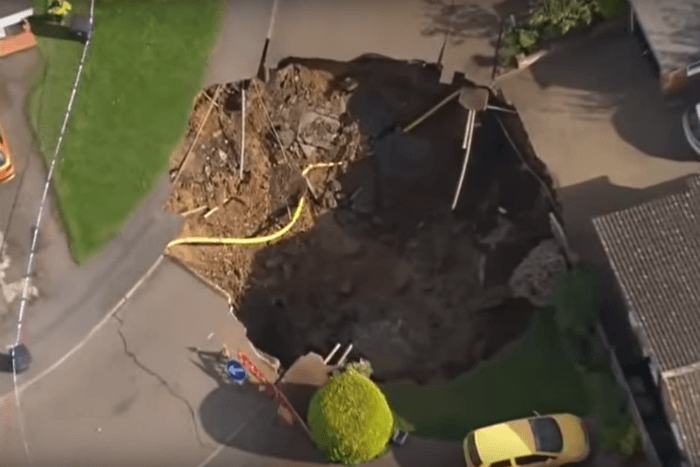 The evil brother to the pothole, a sinkhole occurs when rock underneath the surface layer is dissolved by acidic water.

In 2016 there were more than one million potholes recorded on UK roads, which caused over £3 million in damage to cars.

This visualisation shows you just how deep the problem is. And trust us, it’s pretty deep.

1. Rock and a hard place

We think this warrants the use of the hard shoulder.

Work forces in Japan repaired this giant hole in the road within just seven days.

Some of these Corvettes were saved, but they cost millions to repair.

Read more: How to claim for pothole damage to your car

Luckily no one was driving past.

5. At least it didn't eat the whole car

This sinkhole bit off more than it could chew.

When residents heard a rumble in the night, they didn’t realise they would be waking up to this.

This biker might have trouble getting to his destination.

...Not a lot. It’s not exactly on the same scale as Japan, but enough to close this road in Neath for a while.

First published on the 4th of October 2017