7 James Bond car features that made it to reality

Six decades down the road, and we still lust over the technology-packed cars featured in every Bond film. But how much of their features are actually real? 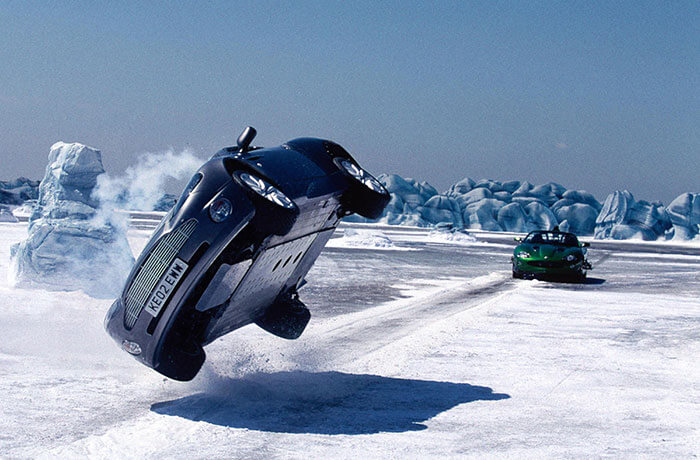 James Bond’s iconic vehicles, both in novels and on-screen, always capture the imagination of car enthusiasts. “Q branch” has given 007 an abundance of wily cars and mods.

Though you’re unlikely to obtain those (legally), here are seven Bond-car features that have made it to reality.

These are a little bit more costly than standard tyres, but not so expensive that the average goodie can’t afford them. With these, even if your tyre is flat, you can still thwart danger and drive on to safety. Great if you don’t want to change a wheel at the side of the road! 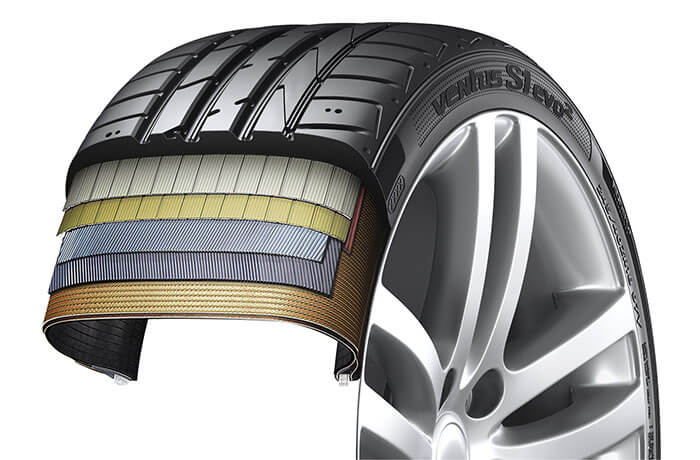 In The Man with the Golden Gun, evil scoundrel Francisco Scaramanga drives and takes to the air in an AMC Matador coupe. That was far-fetched when the movie came out in 1974, but it’s no longer fantasy. Recently a flying roadster, called the AeroMobil 3.0, was unveiled in Vienna.

The winged car prototype has been put through real flight condition tests since October 2014, and is certified by the Slovak Federation of Ultra-Light Flying. It contains avionics equipment, autopilot and an advanced parachute deployment system.

The AeroMobil has also been designed to drive on existing roads because its size is the same as a limousine or a large luxury saloon. It has low maintenance costs and uses standard petrol, so you can fly in for a fill up at your local petrol station. How cool is that? 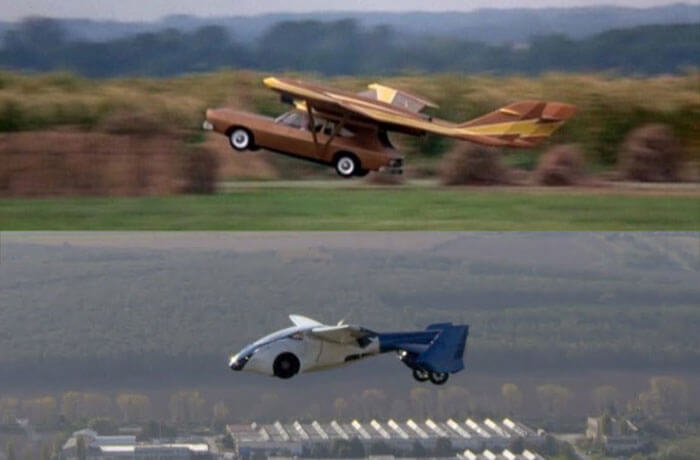 Bond, played by Pierce Brosnan, remotely drove his BMW 750iL with his Ericsson phone in 1997’s Tomorrow Never Dies. Now Jaguar Land Rover is developing a remote-control Range Rover Sport that can be controlled from outside the car via a smartphone. The app on the phone allows you to steer, accelerate and brake your way out of challenging situations – on or off road.

The technology also allows you to reverse the car out of a parking space if someone has parked too close to open the door. Now that’s helpful! 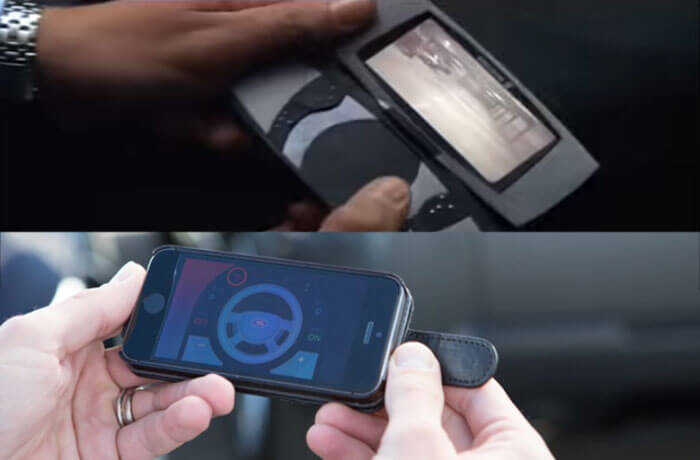 In Die Another Day, Bond’s Aston Martin Vanquish had an ‘adaptive camouflage cloak’, which allowed it to become invisible to the naked eye. Well, now Land Rover has developed something similar. The auto maker’s new Discovery Vision concept has an invisible bonnet, thanks to the work of augmented reality.

The system uses cameras in the vehicle’s grille to see what’s happening below the engine and the wheels – and then sends the live video to a head-up display.

This means when you look through the windscreen, it will be as though you can see through the hood of the Discovery, giving you a clear view of the terrain your tyres are tackling. 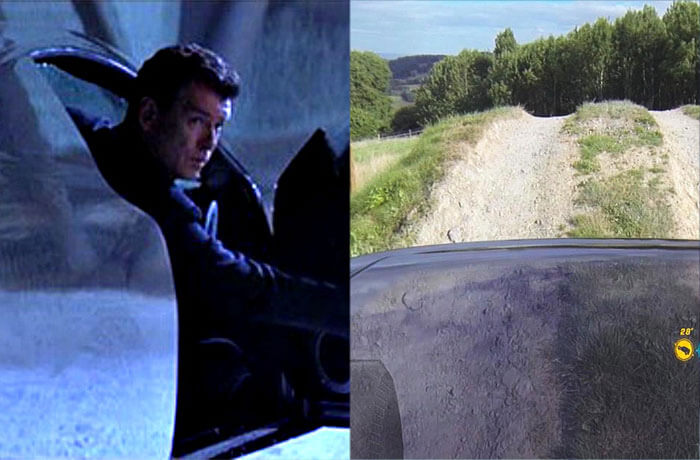 A submarine car – similar to the Lotus driven by Roger Moore in The Spy Who Loved Me – is now a reality. The ‘Submarine Sports Car’ can reach 75mph underwater, and will drive on land too.

What’s more, an onboard laser-guided sensor allows it to cruise along autonomously. Maybe useful if you want to pop over to France for the day! 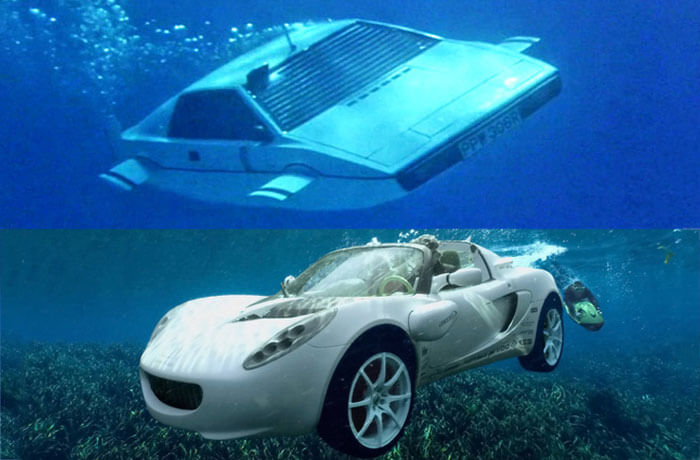 Automotive window film won’t make your car bullet-proof, but it can help stop a villain from smashing your windows. It’ll also deflect the sun’s rays – or any evil laser beams! Take 3M’s Scotchshield Automotive Security Series, for example. For the first time 3M have combined sun control technology in a 100 micron safety film.

This hybrid helps shield you and your valuables by rejecting heat from the sun, increasing privacy, and holding shattered glass together. This adds to the amount of time and effort it takes a baddie to enter your vehicle, providing a powerful deterrent to a smash and grab attack. 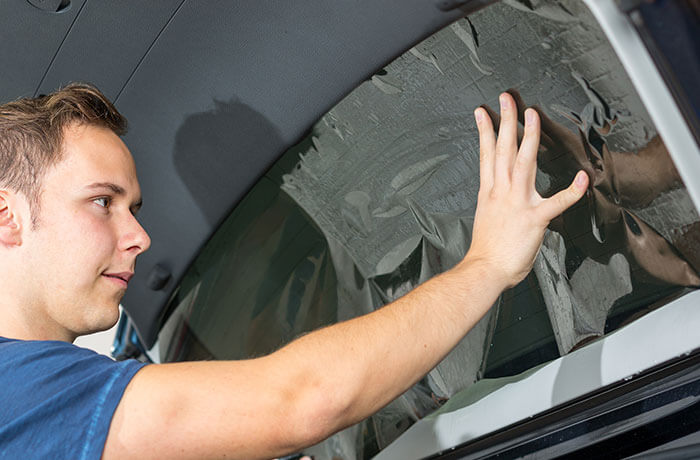 Tracking devices similar to the one in Bond's famous Aston Martin DB5 are now used regularly to foil scoundrels. They work when illegal movement is detected, and then the car’s location is plotted by means of an on-board GPS receiver. This is connected to a mobile phone, which contacts a special control centre and you, the owner.

The devices are triggered by the car’s immobiliser and a ‘geo fence’ – an invisible ring at a set distance around the vehicle. More complex products also have a special electronic tag or card, which means that even if the vehicle is pinched with the keys, it will be tracked instantly. 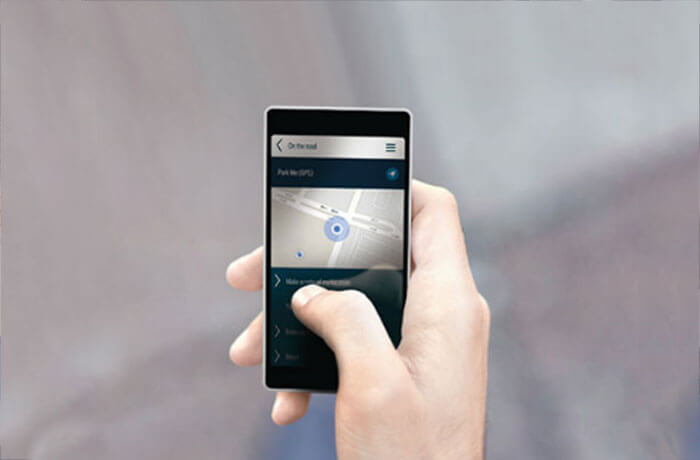 Fitting a tracking device won’t necessarily get you a discount on your insurance policy, but you will have the satisfaction of knowing you have thrown a spanner in the works of an evildoer’s dastardly scheme. Also quite useful if you’re prone to forgetting where you’ve parked the car!