Skip navigation
Retrieve a Quote My account
You are here:
19 Dec 2019

What should I do if I find asbestos?

If you find asbestos either in your home or while viewing a property, don’t panic… Just read our handy guide on how to deal with asbestos. 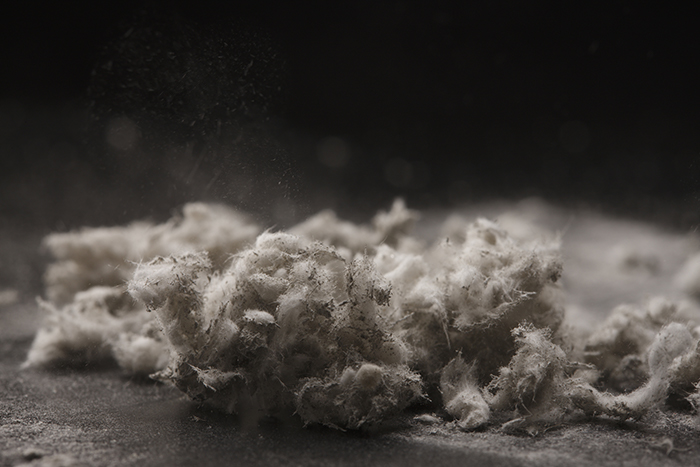 Discovering asbestos is a sinking-heart moment – particularly if you’re a homeowner, or inspecting a property with a view to buy.

But the chances of finding asbestos in properties built before 2000 are actually pretty high.

So is it dangerous? What can be done about it? And does home insurance cover it? Read on to find out everything you need to know about asbestos.

First of all, what is asbestos?

It’s a material that was used a lot in construction. There are six different types, all of which are composed of naturally occurring minerals.

The microfibres in asbestos can be pulled into a material that’s at fluffy, but also really tough at the same time. In addition, it’s fire, electricity and water resistant.

So you can see why it would have been useful for building work. Plus it was cheap.

However, after its risks became more widely known, it was banned in the UK in all its forms. Amosite (brown asbestos) and crocidolite (blue asbestos) were banned first in 1985, followed eventually by chrysotile (white asbestos) in 1999.

What was asbestos used for?

Given its benefits, asbestos had wide-ranging uses in construction. It could be used in:

And given that it was still used in building work as recently as 2000, there’s a high risk that it may still be undiscovered in many homes. 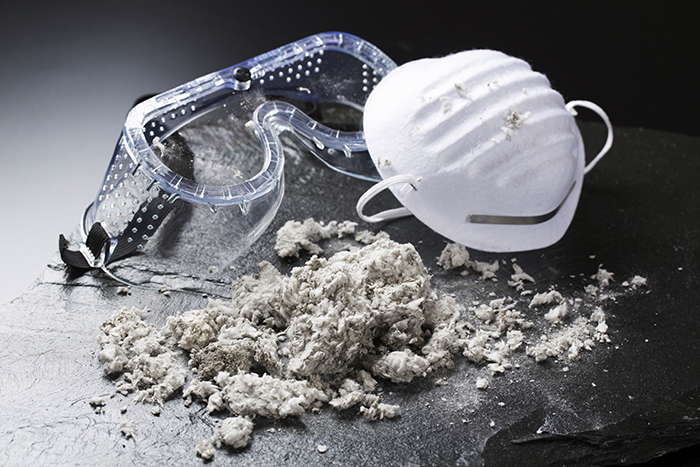 When asbestos becomes unsettled, it releases microscopic fibres. If you breathe them in, it could lead to serious health problems.

Lung diseases such as certain types of cancer can be caused by asbestos inhalation. And symptoms may not appear until many years afterwards.

So the discovery of asbestos isn’t to be taken lightly. Not least because its discovery – by being drilled into, for example – might well lead to it being disturbed.

Even if it isn’t damaged, it can deteriorate over time. The most dangerous are the amosite (brown) and crocidolite (blue) types of asbestos.

So although asbestos may be fairly safe when undisturbed, if you find some, it’s best not to leave things to chance.

Read more: How much home insurance cover do I need?

What to do if you find asbestos

The discovery of asbestos may not require professional removal, but it’s always worth checking.

Ask an accredited professional for advice, and get a quote for disposal if that’s what they recommend.

It should go without saying, but please don’t try to remove it yourself – even if the cost of hiring a professional is eye-watering.

You might be tempted to leave it alone. But this may become a problem when it comes to selling the property. 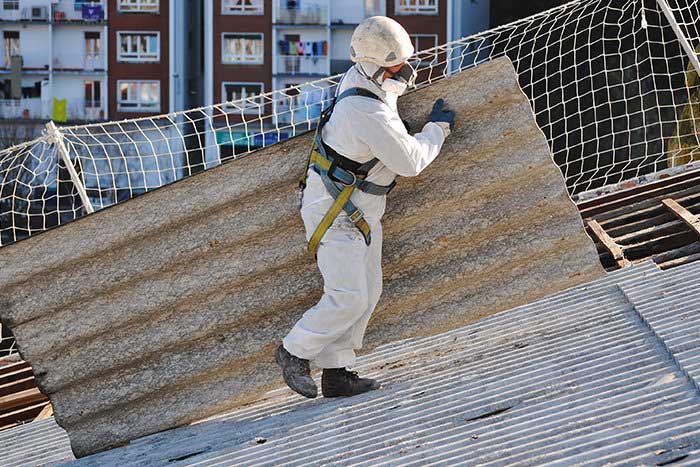 What to do if you’re buying or selling a property

If you’re selling your house and you know it contains asbestos, you have two choices.

The first is you can pay to have it removed, which could be costly.

The second is that you could let the potential buyer know. They might choose to take on the risk, especially if the asbestos is undamaged and unexposed. But on the other hand, it might scare them off.

However, not informing them shouldn’t really be on the table. If in the future someone finds out that you kept it from them, it could come back to bite you. Hard.

If you’re a buyer, it’s worth getting a potential home inspected thoroughly before you commit to buy.

The surveyor may well find asbestos or materials that they are suspicious about when they carry out your survey. They will note these as asbestos-containing materials (ACMs) in the report.

If the surveyor does find asbestos, whether you proceed is up to you. It’s at least worth getting a quote for removal so you can weigh up your options.

You might also be able to use the information to negotiate a better price, in which case the seller may effectively cover the cost of getting rid of it.

Read more: How to value my house

Can you get asbestos removed on your home insurance?

That’s unlikely, we’re afraid. This tends to fall to the homeowner.

When you get a home insurance quote, you should declare if asbestos is one of the materials used in the construction of the property.

But you can only make a claim if there’s an insurable event – such as a flood or fire, for example.

That said, the situation may be a little different if the asbestos itself becomes damaged, as this can be threatening to health. The golden rule, as always, is be sure to check your home insurance policy.