Petrol prices are at their highest on record. According to our data, petrol now costs 146.1p per litre** on average, with diesel costing 149.9p per litre. How could this affect your Christmas travel? 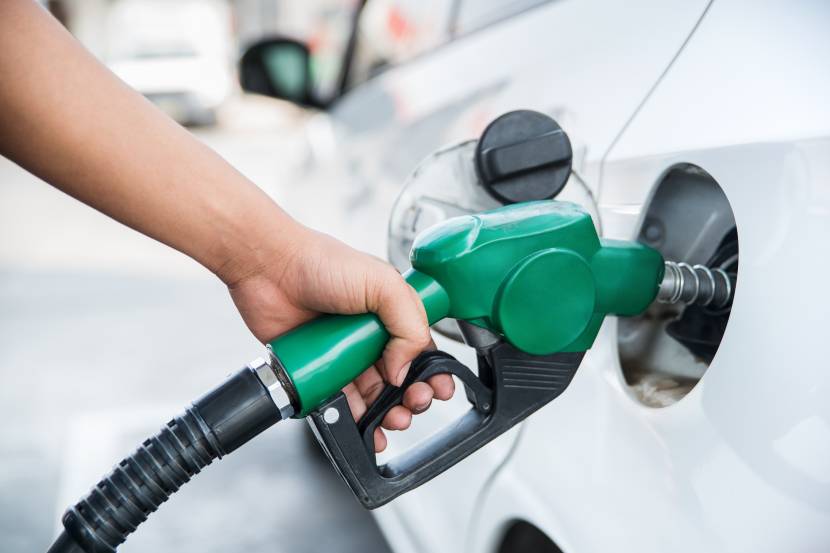 It’s beginning to look a lot like an expensive Christmas. The cost of energy is rising, and it’s likely our weekly shop has been more expensive lately with inflation increasing to 5.1%.

The price of fuel is also increasing, with petrol reaching the highest price on record.

The vast majority*** (91%) of motorists have noticed an increase in the cost of fuel over the last 12 months. And one in seven (14%) said that they’d  have to spend less on Christmas shopping this year due to the rising cost of fuel.

So how much could the rise in fuel affect your Christmas travel? And how could you make the fuel you have go further?

Why are fuel prices going up?

Skyrocketing fuel prices are because of the rising cost of crude oil. Also, economies affected by the pandemic have started gearing up again, increasing demand.

In some areas, the price of petrol and diesel is over 195.0p per litre. Reports also say that it could rise even further before Christmas.

According to our fuel price index, petrol costs 146.1p per litre, with diesel costing 149.9p per litre, on average.

The price rise is clearly affecting motorists. Over one in five (26%) said it costs them between £51 and £60 to fill their tank with fuel in their local area.

Last year, nearly one in five said it would cost between £41 and £50 to fill up their tank.

I’m driving home for Christmas – how much will it cost me?

Almost two-thirds (65%) said they’ll be using their car to travel over the Christmas period.

On average, people are expecting to travel roughly 50 miles over Christmas for Christmas shopping, visiting friends and family as well as general driving.

This would cost motorists around £8 in fuel****, nearly £2 more than Christmas travel last year.

Nearly one in five (20%) said that the rise in fuel could impact the way they do their Christmas shopping this year.

Over half (57%) of people said they won’t be using any transport for Christmas this year. Perhaps resorting to online shopping to save on fuel.

Petrol stations in motorway services are likely to be open on Christmas day, Boxing day, and over New year.

Petrol stations on A-roads and in supermarkets might not be open over the festive period, but this could vary depending on the company.

Either way, it’s worth planning beforehand so you don’t end up running on empty.

You can find petrol stations near you and their prices using our petrol prices tool.

How much is a full tank of petrol or diesel?

According to our data, the average price of petrol is 146.1p per litre and diesel is 149.9p per litre.

But this is difficult to visualise when it comes to filling up your motor, so here’s what it would roughly cost to fill a small, medium and large vehicle:

How can I save my fuel?

If you feel like you’re always at the pump, these simple tips could help you save on your fuel:

For more information, read our fuel-saving tips for more ways to conserve fuel.

You can also find out how much it costs to fuel your car using our fuel cost calculator.

Is the rise in fuel affecting how people drive?

Over one in five (26%) said that the increased price of fuel means they can’t afford to drive as much as they used to, so they’re driving less.

If prices continue to rise, almost a third (31%) would consider walking to work. Nearly one in five (19%) would take the bus.

This is no bad thing, as many of these methods have been encouraged in the government’s active travel bill. The bill also proposes changes to The Highway Code to make pedestrians and cyclists feel safer on the road.

But old habits die hard, and over half (52%) say they’d suffer the rising fuel costs and carry on travelling by car.

Could the rise in fuel prices affect living costs?

The price of fuel is just one of the many living costs that have risen during the pandemic.

Energy bills have also gone up, as the global prices for fossil fuels have increased at an unprecedented rate.

Inflation has more than doubled too, rising from 2% to 5.1%. An inflation rise could make the cost of everyday items, like your shopping, more expensive.

Are people considering switching to EVs because of rising fuel costs?

Almost half (45%) said they’d consider switching to an electric vehicle if fuel prices rise any further.

Almost three-quarters (72%) said they’d switch because it’s better for the environment. Nearly half (45%) said it was because the cost of fuel is more expensive.

The cost of EVs has put motorists off in the past, but over a quarter (29%) said that electric vehicles have become more affordable.

For those that wouldn’t consider switching, nearly two in three (65%) said that this was because there weren’t enough charging points in their area. More than a third (35%) simply don’t want to switch from petrol and diesel.

*Brits to spend an extra £43 million driving home over the Christmas period - figure determined by the number of cars registered on UK roads multiplied by the percentage of people who told us they'd be using their cars this Christmas, which was then multiplied by the fuel price rise.

**Figures taken from the Confused.com fuel price index, correct as of 15 December 2021.

***Figures taken from omnibus research carried out by OnePoll on behalf of Confused.com. This was a nationally-representative poll of 2,000 UK adults. The research was conducted between 2 December 2021 and 8 December 2021.