Drivers would consider buying electric or hybrid vehicles – but are still being put off by their cost and the lack of government incentives. 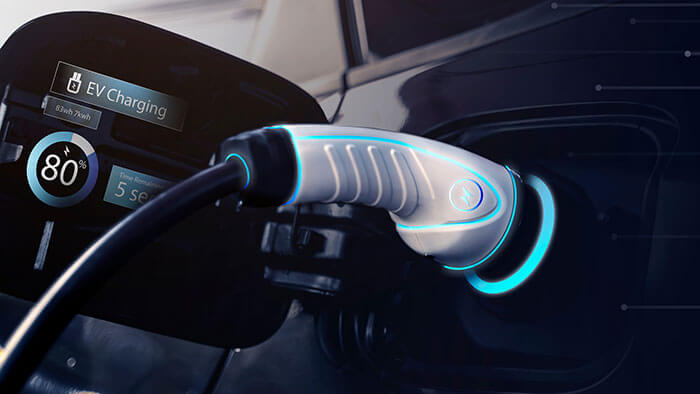 Our research reveals that 27% of people expect their next car to be a hybrid*. A further 17% are going fully electric. But almost half (44%) still plan on buying a petrol vehicle.

Our survey of 2,000 drivers discovered that the price, a lack of charging points, low mileage range, and a lack of incentives to switch were the main deterrents.

The findings highlight the challenges drivers face in meeting the government’s plan for all new cars and vans to be fully zero emission at the tailpipe over the next 15 years.

So, let’s take a look at the main concerns.

Electric cars are too expensive

“They tend to sit towards the top of a model range. EVs still carry a significant premium that’ll be a barrier to a great number of buyers.”

Electric vehicles have become cheaper but are still relatively expensive.

READ MORE: How to make an EV more affordable

Few incentives to switch to electric

Analysis of new car registrations in 2020 by the Society of Motor Manufacturers and Traders (SMMT) shows just 4.6% of privately bought cars were battery electric vehicles (BEVs).

This compares to 8.7% for businesses and large fleets. In total, consumers registered 34,324 BEVs in 2020, compared to 73,881 corporate registrations.

The organisation believes businesses and company car drivers get stronger and longer-lasting incentives than retail consumers. This is largely down to lower purchase taxes and fiscal incentives.

An increasing number of electric cars have been purchased by company directors in the past year. Richard Baldwyn, Chartered Tax Adviser and Director of TFA, says:

“This is probably because of the low benefit in kind for electric company cars and companies can potentially claim 100% of the cost of a new car as a tax write off.

The disparity has been made worse by the recent decision to reduce the Plug-in Car Grant from £3,000 to £2,500 – and only make it available for electric cars costing up to £35,000.

According to Mike Hawes, SMMT Chief Executive, it’s clear the uptick in electric car purchases has been primarily for fleets, not families. He says:

“To deliver an electric revolution that’s affordable, achievable and accessible to all by 2030, government and other stakeholders must put ordinary drivers at the heart of policy and planning.”

But there is a solution.

“We need incentives that tempt consumers, robust infrastructure and charging points that provide reassurance, so that zero-emission mobility will be possible for everyone, regardless of income or location,” he added.

In November 2019, the Department for Transport published a league table of electric car charging availability in local authorities.

This showed there were more charging locations than petrol stations. But it also revealed more than 100 local authorities with fewer than 10 public charging devices per 100,000 population.

The UK’s charging point infrastructure is constantly improving, though, with new additions every day, according to analysis by Zap-Map (www.zap-map.com).

At the time of writing, there were 14,804 charging locations, containing 23,195 devices and 39,995 connections. There are also 2,818 locations with a rapid public charging point installed.

This largely depends on the vehicle in question – and its usage, according to Russell Campbell at Honest John. He says:

“If you only ever drive in town, electric vehicles make sense as they’re more efficient in stop-start traffic than a petrol or diesel car.”

He uses the Volkswagen e-Up as an example.

“It has a range of 160 miles, which is plenty for inner-city driving,” he says. “But take it on the motorway – where EVs aren't efficient – and that range will drop quickly.

“A drive from London to Birmingham will likely need you to stop for a 20-minute top-up, whereas a petrol-powered Up will get you there and back with no need to refuel,” he added.

An optimistic future, despite ‘fragmented system’

The government has announced plans to accelerate a greener transport future through a two-step phase-out of petrol and diesel cars.

The first stage sees the phase-out of new petrol and diesel cars and vans brought forward to 2030.

Step two sees all new cars and vans to be fully zero emission at the tailpipe from 2035.

Between 2030 and 2035, new cars and vans can be sold if they can drive a significant distance with zero emissions, such as plug-in hybrids or full hybrids.

The decision to reduce grants available to buy electric vehicles is also a negative, according to Susannah Streeter, Senior Investment and Markets Analyst at Hargreaves Lansdown. She says:

“Rather than giving the industry a push along the road, it’s being seen as a set-back in the UK’s e-vehicle journey.”

However, she’s optimistic that companies in various sectors are helping encourage the switch from combustion engines to electric-powered vehicles.

“The global industry is forging its path nonetheless, with car manufacturers, energy giants and infrastructure companies making efforts to join up the fragmented system,” she says.

READ MORE: 2030 petrol and diesel ban: what does it mean for you?

When asked what type of car they intended to buy next, there was a more even split. Nearly half (44%) expected it to be petrol, 27% hybrid, 17% electric and just 11% diesel.

The top considerations when buying a new car were:

Cost was also the main reason stopping drivers from buying an alternative fuelled or electric vehicle in the future. Over two-thirds (68%) of drivers said this was their main barrier.

Other potential negatives were:

When asked what would entice them to go electric, two thirds (66%) of people said cheaper prices, over half (55%) said more charging points and 52% said better mileage range.

But more than one in ten (12%) said they’d never consider buying an EV.

The top reason was a desire to stick to petrol or diesel (37%). This was followed by the belief there wouldn’t be enough charging points (31%) and a lack of trust in charging ranges (30%).

Not liking electric or alternative fuelled vehicles came next (26%), followed by the belief that such vehicles would always be out of their price range (18%).

*Figures taken from omnibus research carried out by OnePoll on behalf of Confused.com. This was a nationally-representative poll of 2,000 UK drivers. The research was conducted between 7-9 April 2021.